5 Bits of eCommerce News Worth Noting This Week

This has been a big week in tech news and analysis (hello Apple Watch), including for those of us who follow eCommerce.

So—at the risk of a backlash at publishing TWO listicles this week—I thought I’d summarise five bits of eCommerce news from the week that are worth noting.

Twitter announced on Monday, September 8 that they were testing ways for some users to buy through Twitter. Early partners include Fancy, Gumroad, Musictoday and Stripe.

The first time customers use it, they’ll tap the “buy” button, then enter their payment and shipping information. These will then be stored for future use. Twitter will then confirm the user’s information and then send it to the merchant for delivery.

But, some of the upcoming batch of Twitter commerce partners (listed in the announcements post) are not-for-profits—and I could definitely see myself using Twitter to make donations—after being convinced by a compelling piece of content I read on there.

So perhaps, at least for shoppers like me, not-for-profit donations will be the “gateway drug” to buying directly through Twitter.

At this point, there’s no information on the Twitter website on how developers/merchants can get involved with Twitter’s commerce test.

One of Apple’s big announcements this week—that the iPhone 6 and iPhone 6 Plus will include a feature for mobile payments called Apple Pay.

Apple Pay can be used in stores to pay with a single touch, using Near Field Communication and Apple’s Touch ID technology.

3: eCommerce Growth in Asia is Spilling Over to Banking

Okay this one’s actually from August, but I only found it this week. McKinsey have released a report on how to prepare for Asia’s digital-banking boom.

The report notes that a generation of digital-banking customers is rising across Asia. It predicts that these consumers will want full digital access, and more personalised products and services. McKinsey states:

This will be the disruptive generation when it comes to banking trends. They have already taken to mobile technology and are comfortable with making payments digitally.

I’m not sure that the whole report warrants reading, after all this is an eCommerce blog and not a banking blog. But there was one particular chart in the report that stood out: 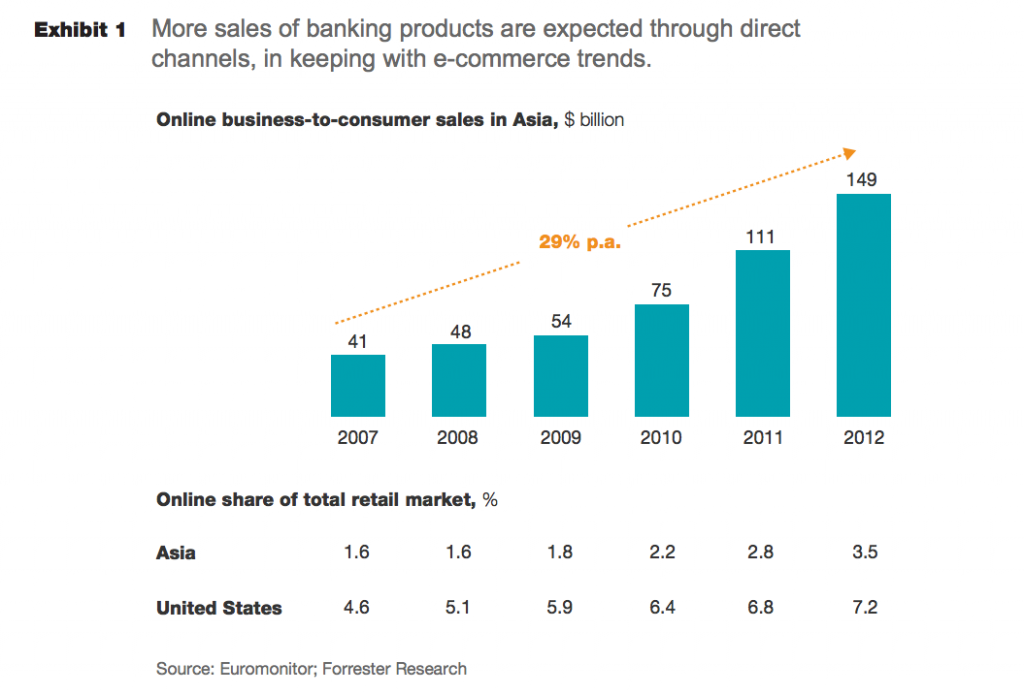 4: Stellar: Multi Currency Support is Live and Over 1 Million Signups!

Joyce Kim has penned a new Stellar Report. The report includes a number of updates, including that multi-currency support is now live. To add a currency to your account, you’ll need to add a gateway in the dashboard.

Stellar has now received over one million Facebook authorisations. Last time we wrote about Stellar, they had received over 500,000 signups.

So it seems the Stellar rocket is still zooming along. Congratulations to Joyce and the rest of the team at the Stellar Development Foundation!

Last, but certainly not least, WooThemes released a new version of WooCommerce. WooCommerce 2.2 is known as the “Prowling Pangolin.”

There have already been some great posts written about WooCommerce 2.2, so rather than reinvent the wheel, here they are:

Make sure you check out WooThemes’ advice before updating.