Why Same-Day Shipping Is Closer Than You Think

One of the most persistent challenges for eCommerce store owners is shipping.

In an instant gratification era—when Amazon has the scale to offer customers free two-day shipping for $99 per year—smaller eCommerce sellers are constantly challenged by how to get their goods into customers’ hands as quickly and cheaply as possible.

We’ve previously written that there are three main participants in the eCommerce delivery wars: the Old Guard (USPS, UPS, FedEx); the eCommerce Giants (Amazon, Google); and the Groundbreakers (Uber, Matternet).

Sidecar, a ridesharing service from San Francisco, has identified itself as another potential Groundbreaker this week. While it’s not as big, recognisable or as well funded as competitors Lyft or Uber, Sidecar is the first rideshare service to focus its package delivery efforts on eCommerce merchants.

Details of the Sidecar Announcement

Sidecar announced Monday that they were expanding a pilot program they’ve been testing in San Francisco for the past six months to the rest of the United States (Sidecar operates in six US cities).

The pilot program—which saw San Francisco drivers delivering both passengers and packages to their destinations—has grown to 10% of Sidecar’s San Francisco volume. Sidecar predicts that delivery services will comprise 50% of their business by the end of 2015.

Food-delivery service Eat24 participated in the pilot program and had their delivery times cut almost in half. Eat24 also claims that the restaurants saw almost double the revenue when Sidecar was serving them. (The same day that Sidecar Deliveries was announced it was also revealed that Yelp has bought Eat24).

Venture Capitalist Fred Wilson, an investor in Sidecar, revealed some details of the new same-day shipping service on his blog:

Sidecar has a delivery API that allows you to integrate their driver network directly into your app so that your users can see the progress of their delivery in real time. If you are an ecommerce company that wants to leverage Sidecar’s network of drivers around the US, you can visit their Delivery page and learn more. 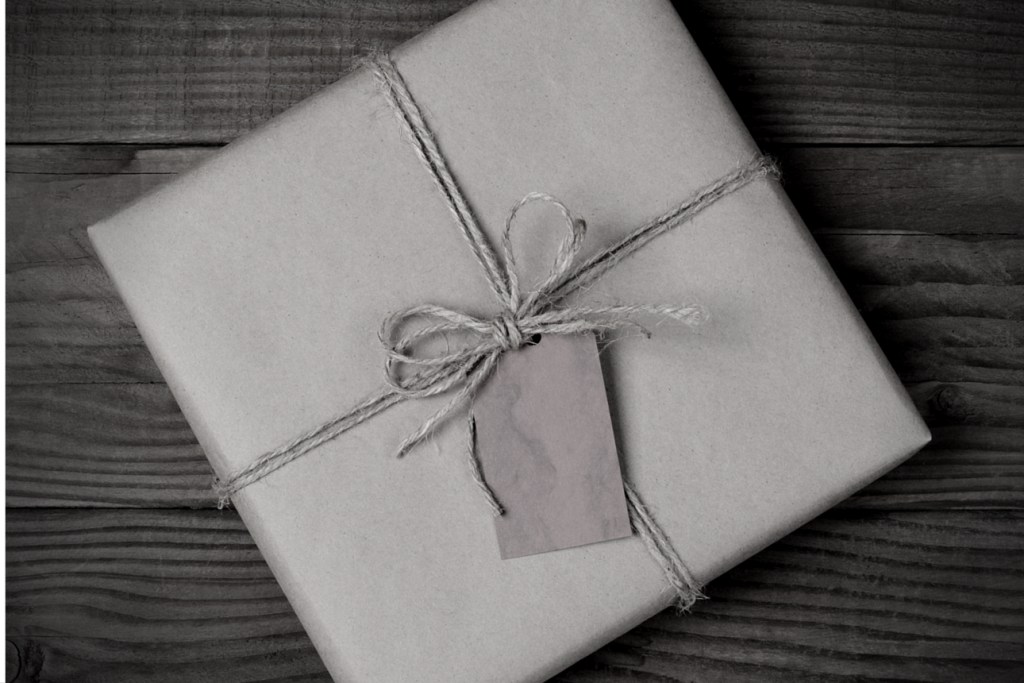 Who Will Sidecar Deliveries Compete With?

Sidecar isn’t the first rideshare company to experiment with delivery.

Uber has previously experimented with flower and kitten deliveries. It also operates its UberRUSH service in Manhattan, which customers can use to send deliveries to each other. Then there’s the UberFRESH service in Los Angeles, through which Uber offers a limited menu for delivery in partnership with particular restaurants.

Postmates, an on-demand delivery company with services in many US cities, also has a delivery API. Postmates has partnered with eCommerce brands like Everlane, Threadflip, Betabrand and many restaurants to offer on-demand delivery.

Sidecar CEO Sunil Paul explained to Gigaom why he thinks Sidecar Deliveries is different to these experiments:

This is a genuine breakthrough. No one has ever done this before, being able to combine people and packages in the same trip and the same car. We’re able to do this because of some unique Sidecar ways of doing things. Namely, we ask for destinations and get destinations from every rider [when they first request a car]…

We are taking a very different approach. We are providing infrastructure to commerce companies that want to enable same-day, on-demand service for their product … It’s not like Uber or Postmates, out to get their own set of delivery consumers. I think that’s important because when you are a commerce merchant, you don’t want to be in competition with a service provider.

Focusing on eCommerce Partnerships is Smart

Whether or not Sidecar Deliveries really is as new as the company claims, its plan to focus on eCommerce merchants is smart.

As shown in the Sidecar diagram below, it’s much more efficient for rideshare drivers to deliver both people and packages. This might give Sidecar the edge over competitors like Postmates, who are focusing on package delivery only. 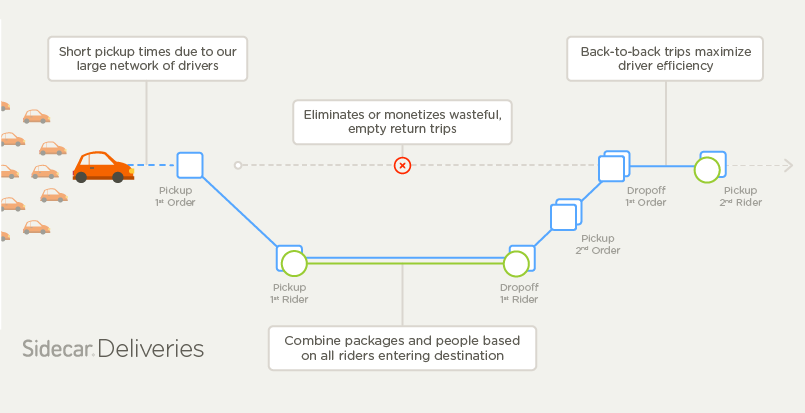 If these efficiency gains are shared between the riders (cheaper fares), drivers (better earning) and the merchants (cheaper, faster deliveries), Sidecar could really be onto something.

Announcements like Sidecar Deliveries are good news for eCommerce sellers, at least in the United States. It’s yet another sign that the eCommerce delivery market is heating up.

The elusive solution to your last-mile delivery woes might be just around the corner, especially once we see a WooCommerce extension that integrates the Sidecar delivery API.