A Breakfast Revolution Powered by WooCommerce

Paul Findlay, the founder of Melbourne, Australia-based muesli eCommerce business Yousli, is on a mission.

Using his WooCommerce-powered online shopfront, he wants to “get people excited about breaky again” (breaky is Australian for breakfast):

Because you know, it’s funny, we celebrate every other meal. Particularly lunch and dinner and dessert. But we don’t get as excited about breaky at home.

Paul is bringing his love of good food—and his considerable experience in branding as the Cofounder and Creative Director of branding agency HubGroup—together to create a “democratic” breakfast revolution. 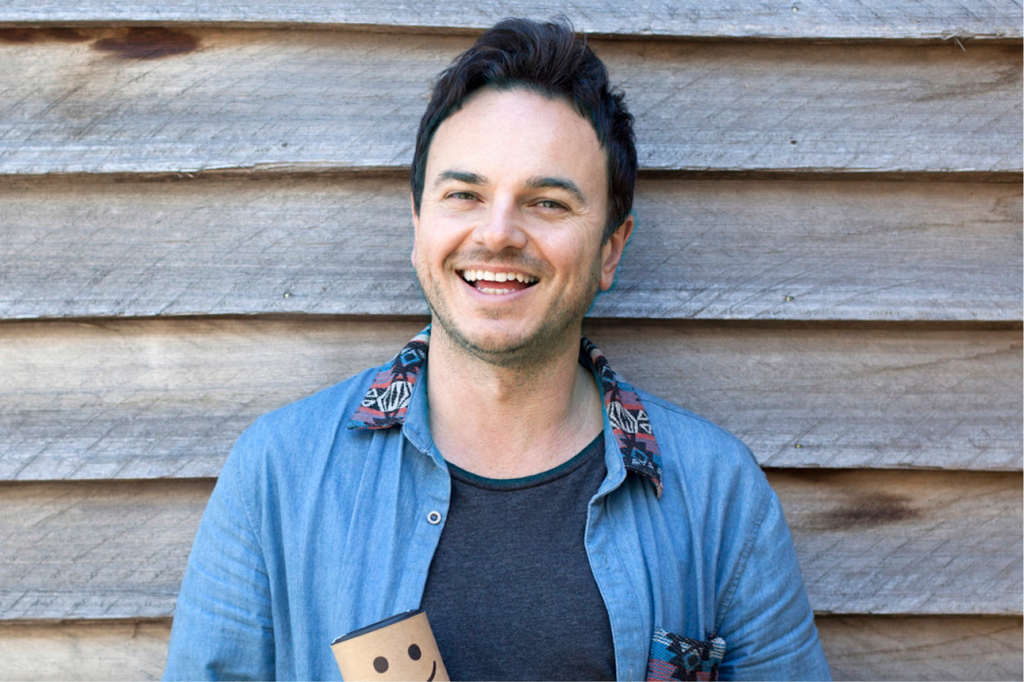 Paul says the idea to start Yousli was partly a result of his own frustrating experiences trying to find good muesli that wasn’t saturated in fat, lacking flavour, or full of “toffee, flaky, processed things.”

I was always making my own muesli at home, because I couldn’t find anything in the supermarket. So I had wholefoods and all these yummy ingredients and was messing around with recipes.

I would have friends over for breaky and they would be like “you’ve got to do something with this!”

With my other passion being branding, I thought “well hang on, I can kind of do something here online.”

I asked Paul how he found his suppliers and his response was “lots of eating!”

Yousli uses many of the suppliers Paul was already buying from to make his own muesli. They include Murray River Organics, Loving Earth, and other sustainability conscious Australian businesses.

In terms of the endearing cylindrical Yousli boxes, Paul sourced them from a local Melbourne manufacturer, noting that they are made out of entirely recycled materials. He explained:

It took a while. We actually tested a few things. We wanted to make sure it was durable. Because our main distribution channel is Australia Post, it was important that we had something that would last.

You know, some pretty extreme scenarios come up [when dealing with] the post. They do get handled pretty heavily. We had to give it the jump test.

We literally jumped on it to see if it popped open at the top. We went through quite a lot of jump testing. And now, 99% of the time we get through.

To keep their breaky offerings exciting since launching in 2013, Paul and the Yousli team have also formed some great partnerships.

They were introduced to nutritionist Arabella Forge, who helped Yousli build a nutritional calculator. It’s a nifty little tool that allows you to calculate the nutritional value of your mix-and-match mueslis as you create them.

Yousli have also partnered up with chef Shane Delia, who has designed a Middle-East inspired muesli in the pre-made range:

We wanted to do collaborations with chefs that were doing interesting things. And Shane is all about Middle Eastern food. He had a show on SBS called Spice Journey, where he goes all through the Middle East. We just loved the idea of a Middle East inspired muesli.

We haven’t seen this stuff before. We caught up with Shane, and he loved the brand, and he was keen to get involved. He developed a few recipes for us, and we tested them, and [there was] one that stood out as a breakfast. We ended up producing it and adding it as one of our pre-mades. And it’s doing really well, it’s a great muesli.

Yousli shares a warehouse and some of their financial operations resources with the Exchange Group (who are behind Bike Exchange and Furniture Exchange).

While Yousli has six people on the team, the two finance staff are shared with the Exchange Group.

We’re business partners. They do all the back end, we’re actually set up in their warehouse in South Melbourne. We have staff running it. It runs itself in a way, it’s automated. That’s the great thing about being online.

Paul says this is a great way to operate, because they can share a lot of the costs. That operating model frees him up to focus on his strengths, including branding, social media and developing recipes:

I took him [Jason, from The Exchange Group] on as a business partner, because I knew that all my weak spots, he kind of had strengths. And it just, it meant that it did free me up a lot. Because we could split a lot of the day in day out [activities].

Branding is clearly one of Paul’s passions. He spoke with great enthusiasm about the process of developing the brand:

We did a lot of planning up front on the brand, working out what our core values were. What we stood for and making sure we got that right before we started. And, a big aspect of what we were developing was the notion of “feel good food.” So, you know, food that makes you happy inside and out.

It was also, obviously, very organic. There’s a lot of natural products in there. We wanted to reflect that as well. I suppose the branding, you could say it’s kind of effortless in a way. It’s really stripped back and mono and simple. And deliberately. So that it doesn’t feel over-engineered.

Yousli makes great use of their packaging box, which also doubles as their mascot, thanks to its cylindrical shape and smiley face. 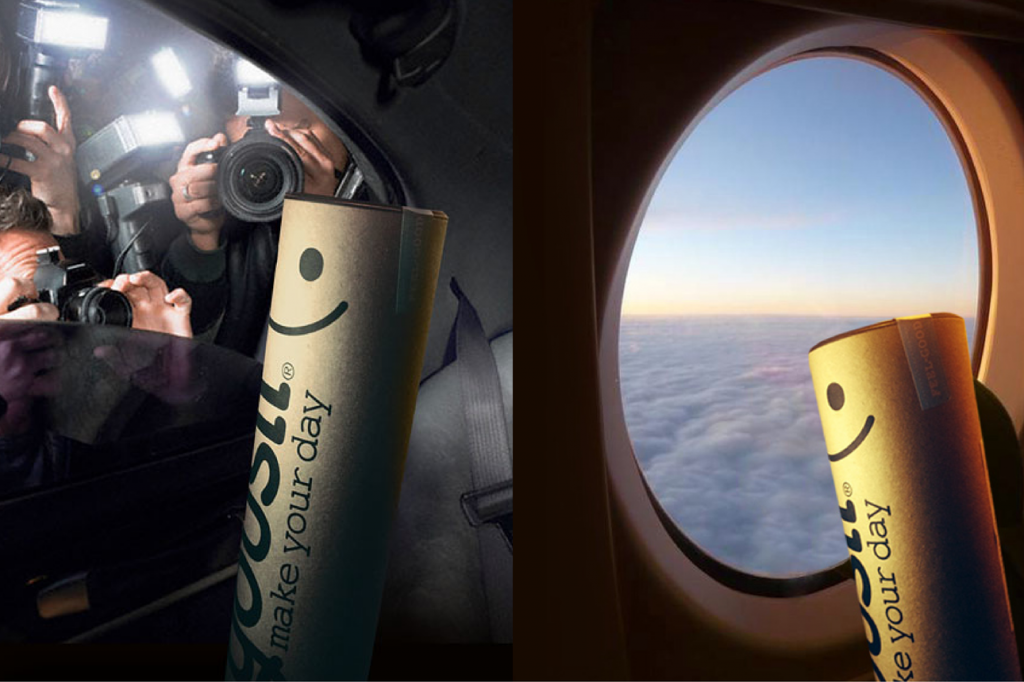 He (I don’t think he has a name, but Paul refers to him as “the little fella”) can be seen on Yousli’s Facebook, Twitter and Instagram accounts, traveling the world in search of great breakfast, hiding from the paparazzi or fulfilling his responsibilities as a food blogger:

Of course, we wanted to do something with a smile. The [brand] positioning [is] “making your day in many ways,” and one of those is starting your day and waking up the right way. And you do, you see his little face smiling at you in the pantry and it actually makes you feel better.

He’s essentially a character, and as you can see, through social media. It means that we can actually use the product as a mascot. As somebody that is alive and living.

In what is becoming a very familiar answer in these interviews, Paul says Yousli’s greatest challenge so far has been distribution:

Distribution. I think it’s always a problem isn’t it? In Australia particularly. Because we’re not set up like the States. Because, you know, it’s quite expensive to get a product from A to B and we deliver Australia wide.

You’ve always got to take a hit I suppose. I think our shipping is free over $50, but at $3.95 [otherwise] it’s still pretty affordable. So yeah, you do take a hit there. Again, you’re going direct so you can afford to.

Ideally we’d like to get them to people same day, that’d be great.

Within Melbourne Yousli is able to offer bicycle delivery on cruiser bikes with custom French-style baskets on the back. They refer to these bikes as their “fleet vehicles.”

We’re going to do a lot more of it [bicycle delivery] this year. I mean it’s a little bit hard when it’s raining. But as soon as the sun is out we get the bikes out, and people love it. You get a knock at the door and, you know, there’s a smiling muesli guy with a smiling tube and it’s like “goodmorning!” Or you get home and there’s a little drawstring bag on your doorstep. Either way. It’s a good experience.

Paul says they choose WooCommerce as their platform because of the flexibility:

There were a few things, we obviously wanted you to be able to customize your own mix. Also because we do all front-end design, we just enjoyed the fact that we could just do whatever we wanted to do.

So when you come back, if you want to adjust it, or tweak it, or add toasted coconut or whatever it is, you can do that. And WooCommerce allowed us to develop all those ideas and easily. So, having the flexibility to do that. It was a no brainer for us. 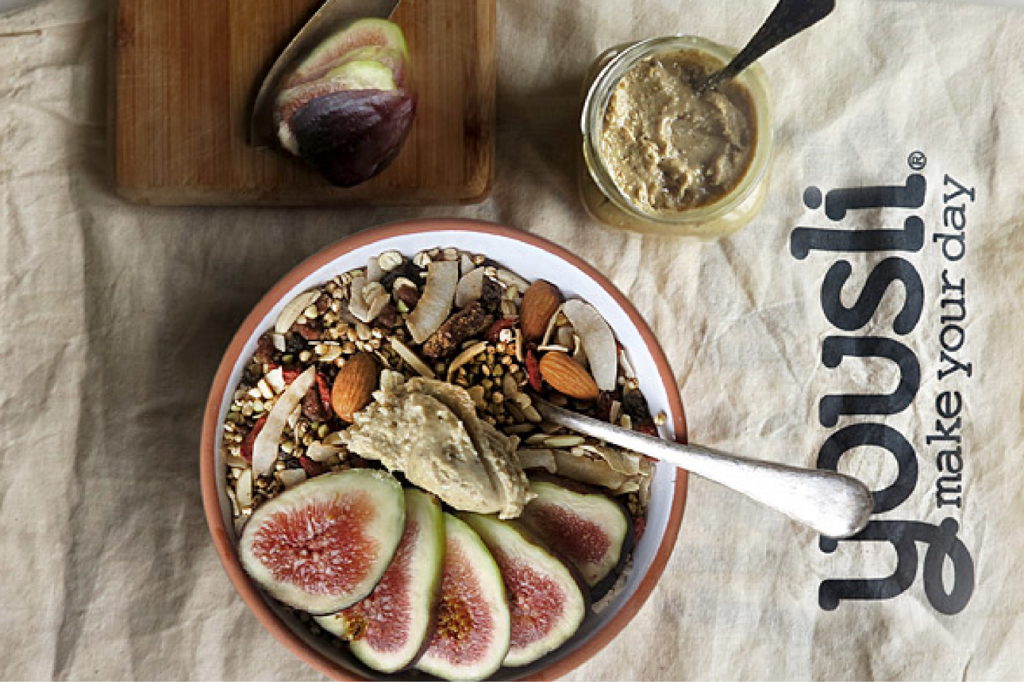 Paul also said WooCommerce Subscriptions has been great for their business, allowing people to opt in and opt out whenever they want, and benefit from the convenience of a subscription model:

Subscriptions has been great for us. Having an automated shop like that where somebody enjoys their mixes and they can say “well I can have a weekly/fortnightly or monthly drop of these mueslis” and subscribe, it’s great for us.

When I asked Paul what he thinks the biggest benefit of running as an eCommerce business is, he replied:

Once it’s up and running, you don’t spend as much time, day in day out. You can focus on other things to do with the business. Because it’s sort of running for you.

We just look at ways we can improve it and make the experience better. For this kind of business it makes perfect sense. Everything is there. You get top-line views on everything. You can see exactly what’s happening. You know how much time people are spending with certain things. I think it makes it easier for you to create a better business.

Advice for Entrepreneurs – Give It a Crack!

I asked Paul if he had any advice for aspiring entrepreneurs:

Just work out your model and test your product. And make sure you can make a dollar from it. And if you can, then develop it, do it.

You can do it in stages as well. You don’t have to do everything up front. You can build as you go along.

It’s easier not to do stuff. Some things work and some things don’t. But you never know unless you give it a crack.

If I had to guess, I’d say Yousli is going to have success getting people excited about breaky again.

The combination of ingredients—fun and tempting marketing; a delicious product; a convenient and flexible eCommerce model; and some exciting partnerships—seems to come together perfectly. 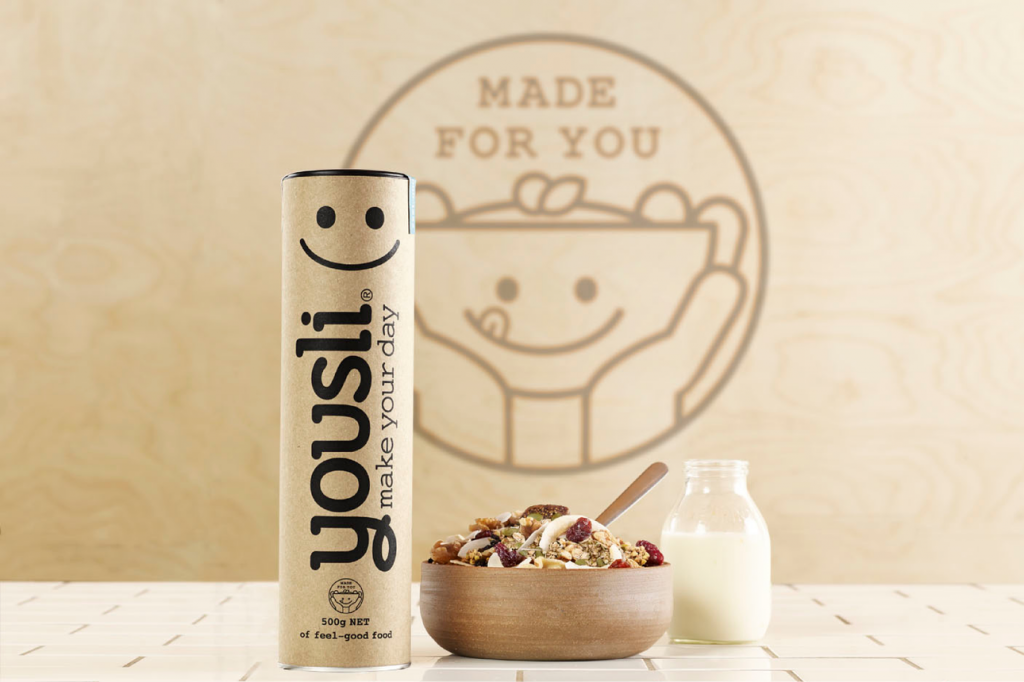