What do small-scale, ethical sheep farming in Tasmania and WooCommerce have in common?

You might not think much, but that’s only if you haven’t yet heard of Nan Bray, founder of White Gum Wool.

Nan has kept an open mind and an inquiring eye on her farm and business. By paying attention to the behaviour of her flock, and using her scientific background to do some research of her own, Nan has discovered an ethical and sustainable way to graze sheep.

Nan’s willingness to do things differently has meant her 1,000 or so Merino sheep have flourished. And because of their superior health and nutrition, Nan’s flock produce wool so fine that it could be used in top-of-the-line Italian suits. 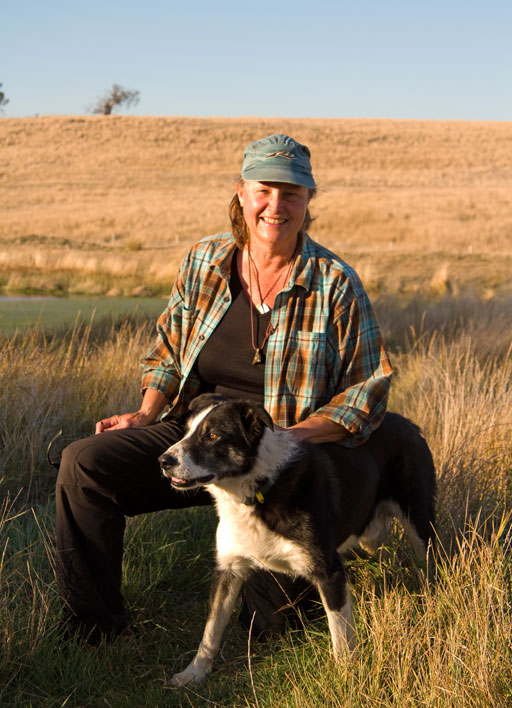 When Nan bought Lemon Hill near Oatlands in Tasmania 14 years ago, she knew she would be grazing sheep and that she’d like to do something with the fibers.

But her journey from those early grazing days to now selling high-quality, superfine knitting wool through her WooCommerce store (as well as through a select group of wholesalers and hand dyers) has been an interesting and challenging one.

For example, it took Nan a lot longer than she thought it would to master the rudiments of farming. She’s also experienced other setbacks, including three years of lowest-on-record rainfall, trouble getting Australian and New Zealand customs departments to see eye to eye, and difficulties finding partners to spin her wool.

After some research and investigation, Nan realised she didn’t want to spin or felt her own wool. So she began looking for a spinner in Australia.

This turned out to be much more difficult than expected. Just when Nan thought she had an agreement with one spinner, the management team there had a meeting and decided to get out of spinning altogether.

After that, Nan tried one more Australian company who were nice, but adamant that they were not going to try to spin 17 micron fiber. She says:

I beat my head against that brick wall for about two years.

After exhausting her options in Australia, somebody recommend Nan try Design Spun, which is based in New Zealand.

When Nan first decided to target the hand knitting market, rather than producing her own apparel, she wasn’t even entirely sure if it would appeal to knitters. She says:

I decided to go down that track, mostly because I just didn’t have the courage to try to compete with Ice Breaker or any of the big garment manufacturers. I just have no confidence at all in my fashion abilities!

So she “took a punt” on producing for hand knitting. Luckily, it turns out that knitters love White Gum Wool’s superfine yarn:

Making a hand knitting yarn out of something that’s fine enough to make those beautiful Italian mens suits, it’s like nothing that any of these knitters have ever worked with. They just love it.

She further explains that it’s the combination of the strength and softness:

Because it’s very strong—but it’s incredibly soft and there’s absolutely no problem wearing it next to skin. Even people with skin issues have found that it doesn’t bother them at all. It’s really very comfortable.

Nan reaches her customers in a few different ways, none of which require a huge marketing budget or sophisticated PR team.

White Gum Wool got a “great leg up” last year when the Australian Broadcasting Corporation (ABC) featured her on their Landline program. She says the show gave her a real initial boost in terms of her website customer base.

Another thing Nan does to connect with her customer base is produce her Yarns from the Farm blog posts and newsletter. At first, Nan was reluctant to publish, but after some convincing from friends, Nan realised she could do it in a way that suits her:

I thought “well, hang on” I can do it my own way… So I decided to do what I do, which is just to make it stories.

The Power of Online Word-of-Mouth

The other main way Nan reaches her customers is through the online “word-of-mouth” network among crafters and knitters. People talk about White Gum Wool on the knitting and crocheting social network Ravelry.

There’s this really tight but global network of people who are looking for this kind of yarn. And they trust each other. Because there’s sort of no commercial vested interest for the most part. When one of my customers gets on and says something about my yarn, then other people actually believe her.

Nan thinks the Ravelry forums have had a really positive impact on her sales.

Nan got started on WooCommerce because her website developer, Tony Cosentino (a.k.a. The Bearded Roaster) recommended it. She’d heard of WordPress, but was not really familiar with WooCommerce.

But Nan trusted Tony’s recommendation and she says she hasn’t looked back:

So far anyway, I’ve found it really surprisingly flexible and easy to use.

Nan manages most aspects of running her online store herself and says that having worked with computers since the 1970s, she hasn’t found anything too tricky:

There were a couple of weird little things that I didn’t understand. But it really was like he [Tony] said [it would be]—I just took to it like a duck takes to water.

If you check out the Landline program or read Nan’s blog, you’ll quickly realise that Nan’s got a great story.

Her unconventional farming methods—such as allowing the sheep to stay in family groups so that the mothers can teach their babies how to eat for optimal nutrition, or refusing to remove the sheep tails—give customers good reasons to love and feel connected to White Gum Wool.

Nan says that it’s because she sells her wool using eCommerce that she’s been able to connect the story to the wool. And this was at least as important to her as making money. She explains:

The website has given me a vehicle to say look, there’s another way to do this kind of production. You don’t have to do it the way that the agricultural consultants will say that you must. To be kinder, you can enjoy it more, your landscape can be more beautiful. And you can still support a family on this kind of acreage, which hasn’t been true for a long time.

Nan is happy that she’s been able to demonstrate that there is a viable business in grazing sheep in a way that “doesn’t involve trashing the land or the animals.”

Businesses like White Gum Wool show that by using affordable and accessible software like WooCommerce, you can produce sustainable and ethical products while still reaching a worldwide audience.

In Nan’s case it seems like everybody is winning. The sheep are happy and healthy, her customers are thrilled with the product, and she’s able to tell the world her story of how it really is possible to do things differently.