A producer who has switched from organising films to the people of Prospress!

Prospress has a few team members residing in Canada, but only one of them actually originates from the Great White North. It was our true Canadian, and Prospress Support Wizard, Sarah, who represented Prospress at WordCamp Montreal. Not only did she attend, she was also one of the experts who spoke at the event; teaching people all about WooCommerce Troubleshooting Basics.

WordCamp conferences are put on by WordPress users, for WordPress users. Wherever there are enough users, you will find a WordCamp – and this was the tenth year of WordCamp Montreal. The 2018 event was large enough to separate into three different rooms – so there was always something going on. The goal was to ensure that any WordPress user, from novice to experienced developer, had something that would appeal to them. I had a quick chat with Sarah to learn more about her time immersed in this WordPress world. 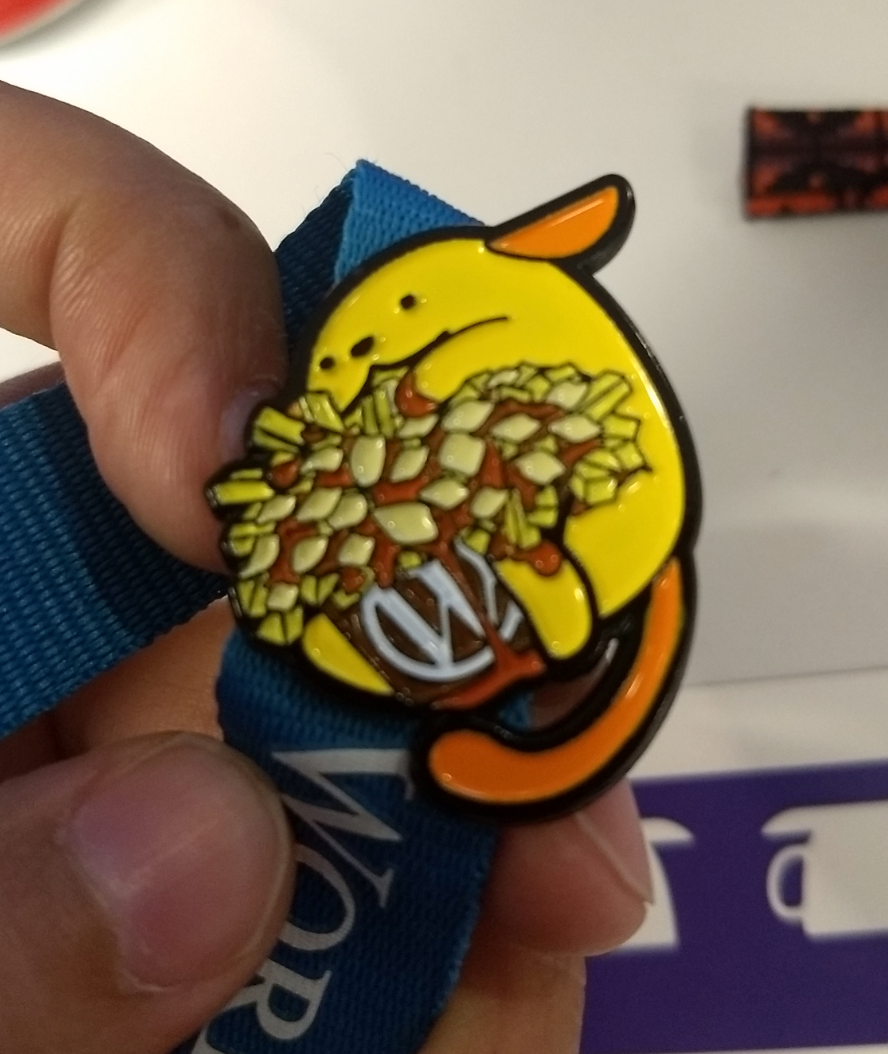 Carolyn: What were your initial impressions when you arrived?
Sarah: Things had changed a lot since my previous attendance – it was at a whole new venue and there were so many people!

Carolyn: What was the venue like?
Sarah: The venue was great, it was well sized for the WordCamp and easy enough to get around.

Carolyn: What made you decide to do your talk on WooCommerce troubleshooting basics?
Sarah: It was suggested to me that a WooCommerce talk would do well at WordCamp Montreal, and I noticed on WordPress.tv that there were no talks on basic troubleshooting, so I decided that would be my topic.

Carolyn: How did you find giving the talk? Were you nervous?
Sarah: I was very nervous! One of the reasons I try to speak publicly is because it makes me nervous – you’ll never get better at something if you don’t do it.

Carolyn: What was your favourite talk/ session and why?
Sarah: I have two:
A Buddhist Guide to WordPress Development by Jer Clarke. This was informative and included a lot of non religious, philosophical advice towards development attitudes. It was awesome to see a talk like this at a WordCamp when they are usually content, marketing or code centred. Jer did a great job keeping it light and entertaining while still being very informative.
Shipping Content With WP-CLI And Why That Is Awesome by Dwayne McDaniel. I’ve heard a lot about WP-CLI but haven’t used it much, so I was really interested in watching this talk. Dwayne made it seem much easier than I was expecting, which was awesome, and the fact that it was presented in regards to shipping content made things a lot easier to understand. 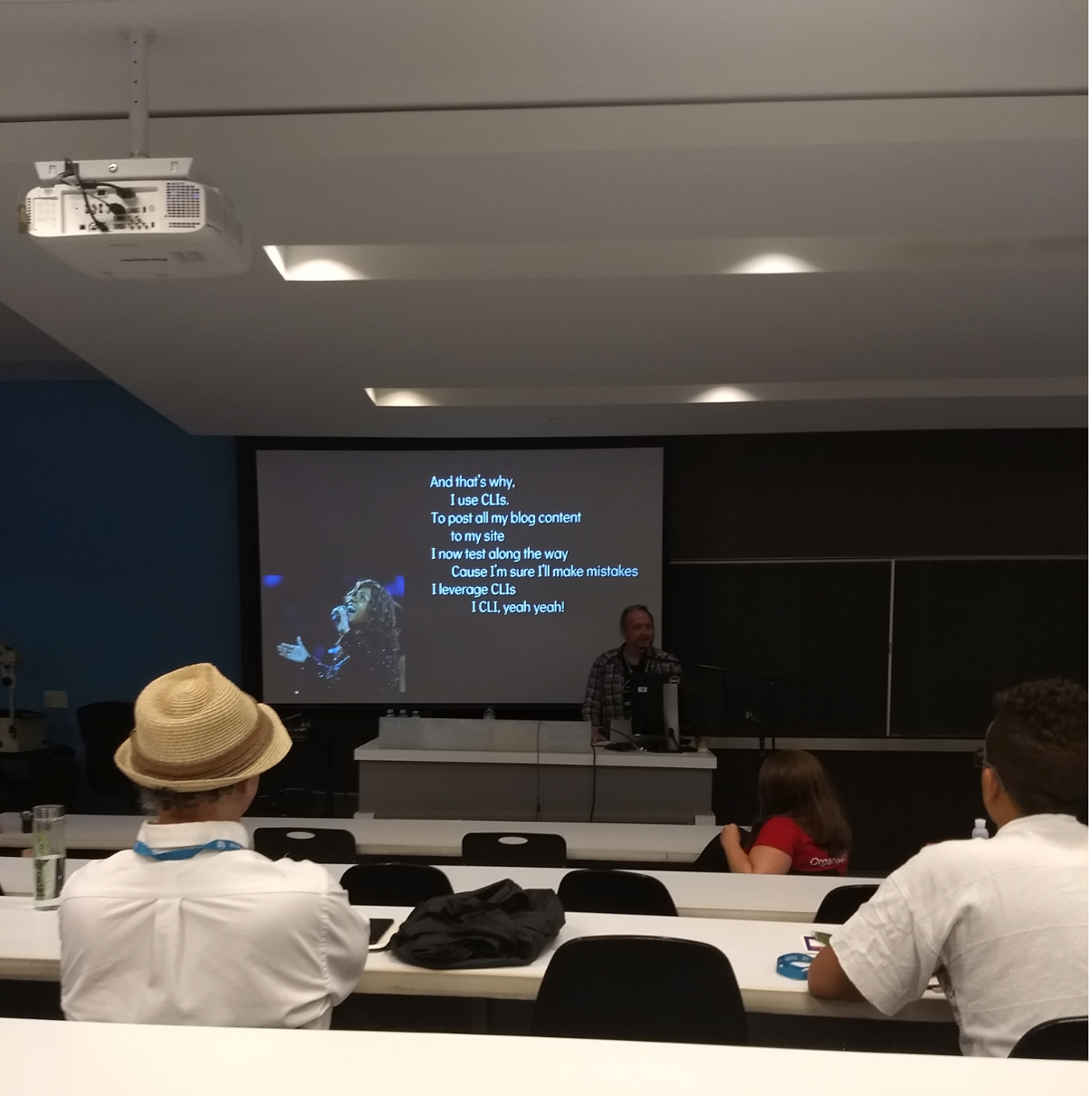 Carolyn: Did you meet a lot of people at the WordCamp?
Sarah: There were so many people, I can’t think of everyone! I talked to a lot of old friends and met a ton of new ones. People asked me a lot of general eCommerce questions.

At the speakers dinner I was introduced to Dwayne McDaniel and once we got talking about our talks, he asked if I’d be interested in making a WooCommerce troubleshooting post for the Pantheon website. After seeing my talk, he followed up and the rest is history.

Carolyn: Can you describe the afterparty?
Sarah: It was really cool! It was in a local cafe and it had some good snacks, like flatbread pizza! There was a really good turnout – there was an indoor and an outdoor area, so things were relaxed but still very fun.

Carolyn: What was the best part of this WordCamp overall?
Sarah: The people. The Montreal WordPress community is fantastic, and I am very happy when I’m able to participate. I also really like that they try to make sure there’s a 50/50 number of women and men, and they have an entire track dedicated to French talks.

Carolyn: What was your key takeaway from WordCamp Montreal?
Sarah: The camp has grown, but the atmosphere is still the same and just as awesome! It was a great camp!

Carolyn: Was there anything that made WordCamp Montreal unique?
Sarah: Yes! There are not many Canadian WordCamps, and there are only TWO east of Ontario. Montreal and Quebec have their own culture too, which is great.

Carolyn: Do you have any advice for anyone wanting to talk at WordCamps?
Sarah: My advice is if you’re interested, just do it. Everyone has something valuable to share, and every talk I’ve done I’ve had at least one person tell me I helped them which made it all worth it.

We love it when a member of Prospress gets to speak at an event, and we were delighted to support Sarah heading off to WordCamp Montreal. Our next brave soul to step up to the microphone is one of our developers, Jorge – who will be speaking at WordCamp Bogota, Colombia, in November.

Even if they are not ready to face the gauntlet of public speaking we are always thrilled for any of our Prospeeps to attend a WordCamp. We are firm believers in the importance of the WordPress community and are always excited to contribute and participate in it. In the next couple of months we will be represented at WordCamp Brisbane and then WordCamp US in Nashville- so look out for us there.

And you could be going to future WordCamps with us – we are hiring! Come talk to us at upcoming WordCamps or check out our job postings.

Many thanks to our Support Wizard Sarah Rennick for her contributon to this post!