Whenever you do an international currency transfer—be it an international purchase on your credit card, a purchase of foreign currency, or a transfer of money back to your family in your home country—you can pretty much assume that you’ll lose a fair chunk of cash.

For example, I looked into how much it would cost me to transfer US$2,000 back to Australia using Western Union.

While Western Union tells me the fee is zero, the exchange rate they are offering me just under five cents less than the current market exchange rate (in other words they are taking a bit less than a 5% cut). This means they are effectively charging me about AUD$95 for the transaction. (If I was sending US$10,000 home they would make around $475, or on $100,000 they would make around $4,750 and so on).

Let’s think about that for a second. In this digital age, where I can access worldwide digital content within seconds, and Amazon can send me pretty much anything I want within two days for a flat fee of $99 per year, it costs 100 bucks and takes five days to make an international transfer of money?!

Sounds crazy right? And when you think about it, it is. No money has to be physically “sent” anywhere, it is just an intermediary authorising the digital movement of currency from your account to someone else’s account. 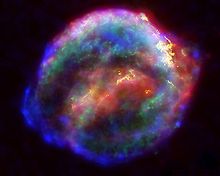 Last Thursday, 31 July 2014, Stellar was announced. Stellar is presented as a solution to the problems above by providing a decentralised protocol for sending and receiving money in any pair of currencies. The Stellar team are expecting to support the usual categories of transactions: payments to a merchant, remittances back home, or rent splits with a roommate.

The Stellar Development Foundation, an open source and non-profit organization, will be the team behind the Stellar protocol. Their stated hope is that people will build applications on top of Stellar to help bridge the gap between digital and traditional currencies.

The protocol comes with a built-in digital currency called “stellars” which, as the introductory blog post from Stellar.org explains:

will have value (as determined by the market); however, its primary function is providing a conversion path between other currencies.

There’s an initial cache of 100 billion stellars, which will increase by 1% every year.

Also worth noting is that Stellar uses its own distributed ledger, which is maintained by a consensus algorithm rather than mining (the method used for producing Bitcoins).

One of the reasons for the explosive interest in Stellar is the high profile team that is backing it.

Stellar development is being led by co-founder Jed McCaleb and Professor David Mazières. McCaleb, was the founder of the Mt Gox Bitcoin exchange, and went on to found Ripple. Mazières, the Chief Scientist at Stellar, also leads the Secure Computer Systems Group at Stanford University.

Joyce Kim is the Executive Director of the Foundation. Kim was a VC at Freestyle Capital and before that was CEO of soompi.com, one of the largest Asian pop entertainment sites online (acquired in 2011).

The Foundation’s board includes Keith Rabois (the former Chief Operating Officer at Square and an early Executive Vice President at PayPal) who wrote the following tweet following the announcement:

We never accomplished our original vision at PayPal. Time to fix that: https://t.co/295gAAoPEY

Patrick Collison, the CEO of Stripe, is also on the Board (more on Stripe’s involvement below).

The Foundation has also brought on several advisers, including the founder of WordPress and CEO of Automattic Matt Mullenweg.

Stripe has provided seed funding to help get the Stellar network off the ground. In the Stripe blog post about Stellar,  CTO Greg Brockman noted that:

Since Stripe’s earliest days, we’ve believed the world needs simpler and more open protocols for moving money….We’ve always considered it unlikely that these systems would be just as fragmented in twenty years. Bitcoin has already changed the world by drawing attention to the value of open, distributed protocols that enable the transmission and storage of money. Stellar aims to advance this success by providing a way to transact in one’s currency of choice, whether that currency is fiat or digital.

Stripe has contributed a US$3 million loan to the project and in return received 2% of the stellars. According to the funding announcement:

The Foundation is allowed to use up to 5% of the initial stellars to fund operations (including the loan repayment).

It’s no surprise that Stripe is investing heavily in the project. Stripe’s mission is to provide their services to every country on Earth. Going through traditional channels—where each country has its own banking system and financial regulations—is an infeasible goal that would take decades to achieve.

A protocol like Stellar changes the rules of the game. Stellar makes it not only possible, but achievable, in a much shorter timeframe. As startups create gateways in their own country, independent of Stripe, these can then be used by Stripe to pay merchants in those countries in seconds. This is much faster and more effective than creating operations in every country, or relying on the slow and expensive traditional international transfer mechanisms.

Why is Stellar Exciting?

As my introduction to this post hopefully demonstrated, the current “conversion path” we take for moving from one currency to another is often expensive and slow.

If Stellar can successfully catalyse a network of gateways on top of its protocol, it may just be successful in removing the inefficient intermediaries that are currently clogging that conversion path.

While organisations like PayPal have created networks for international payments, their systems are proprietary. The differences between open-source and proprietary systems were explained by Stripe in a recent post about Bitcoin:

The fundamental advantage a Bitcoin gateway ecosystem has over PayPal is that it’s open. Any closed network will, by nature, be deprived of structural pressures that force it to improve. A third-party can’t improve a closed network; if they really want to, they first have to try to replicate the network itself from scratch. In contrast, the Bitcoin space is already seeing rapid iteration and compounding improvements.

There is also the question of why Bitcoin didn’t become Stellar. We have noted previously that we are excited about Bitcoin. However, because of the way Bitcoin is mined transactions are relatively slow, as shown in the chart below.

The mining process for verifying Bitcoin transactions is also technical and complicated, which inhibits some people from adopting Bitcoin, at least without the help of a digital wallet service (like Coinbase for example).

We are cautiously optimistic about Stellar. (Indeed, Brent, the Prospress Inc founder, was so excited about the launch of Stellar that he was awake most of last Thursday night reading about it to understand how it works and how it can be used).

As Stripe noted in their post, Stellar is indeed a highly experimental protocol. But the idea behind it—that there can and should be a better infrastructure for making international transactions—is fundamentally true. While it can serve other purposes, the most useful thing about money is that it is a medium of exchange. Literally anything can serve that function if the two parties in the transaction agree to accept it. So while it might seem unlikely to some, stellars could very well replace (or at least compliment) what we think of as money. If not for consumer to merchant transactions, at very least for cross border transactions between two institutional parties.

We don’t think the roll-out of Stellar was perfect. For example, it seemed odd that users needed a Facebook profile to register for Stellars. Surely there are other ways to distinguish legitimate users, and there are plenty of “real” people who choose not to have a Facebook account (like our founder for example). Another mistake, in our eyes, was changing the rules to stagger the giveaway amount after Facebook authorisation. Developing a usable alternative transaction system requires demonstrating stability and building trust. Changing the rules after only a couple of days doesn’t serve these goals.

Overall though, we are excited by the momentum that’s building in the digital currency and alternative payments space. The implications of experiments like Stellar—for global eCommerce and trade—could be momentous.

You can read about some of these changes and updates in the Stellar.org forum.

For Everett Forth’s explanation of how he accumulated 2 million stellar in less than 24 hours using Mechanical Turk see his Medium post.