Shaun is a freelance blogger from the UK, with a passion for online entrepreneurship, eCommerce, and all things WordPress. His website is www.sqwriting.com.

Online Grocery Shopping: Can the U.S. Copy the U.K.’s Success?

With AmazonFresh, Instacart and Google Shopping Express competing against each other to find the perfect home grocery delivery solution, things are really heating up in the world of online grocery shopping. From a consumer’s perspective, this could revolutionize the way we buy groceries—the competition could lead to more choice, lower prices, and, of course, unrivalled convenience.

Despite the significant investments into finding that solution, the online U.S. grocery market is still in relative infancy. Yet while these three juggernauts are busy working out logistics and marketing ploys to encourage U.S. consumers to jump online to buy their food, elsewhere the online grocery market is reaching maturity.

In the U.K., for example, it’s been relatively common for families to do their grocery shopping online for years. In fact, this has led to the U.K. being heralded as one of the world leaders in the field of online grocery sales and fast-moving consumer goods (FMCG).

Why has the U.S., with all its resources, lagged behind for so long when the rewards for cracking this market are so huge?

A good question, but as the big players like Amazon and Google are finding out, the U.S. is a very different environment, with a completely different set of challenges.

Today I want to look into this market in more detail, to explain why the U.K. has been able to ‘solve’ the problem of grocery logistics much more quickly than the U.S.

To start with, the respective geographies of the two countries has been a significant factor—the U.K. has a landmass equal to only 2.5% of the size of the U.S., giving it a distinct advantage in terms of logistics. This makes it far easier for a few core distribution centres to serve the entire country.

Despite the relatively small geographical size, Tesco, the largest grocery retailer in the U.K., still requires six ‘dark stores’—supermarkets dedicated to distributing online products, which are not open to the general public.

If one of the big U.S. retailers were to achieve nationwide distribution, the likely number of distribution centres needed would be staggering. Of course, this comes with significant costs and risks, and so most retailers have targeted smaller-scale logistics, initially focusing on a much smaller geographical area; AmazonFresh started out serving a small area of Seattle initially, before expanding to sections of Los Angeles, and then San Francisco.

But size isn’t the only problem: by covering such a vast area, the U.S. has a much more varied geography and climate than the U.K.—with all the unique challenges that brings in terms of advertising and logistics—as well as a much sparser population density.

But without economies of scale, smaller distribution centres are more costly to run. Unsurprisingly, this has ruled many retailers out of the game. 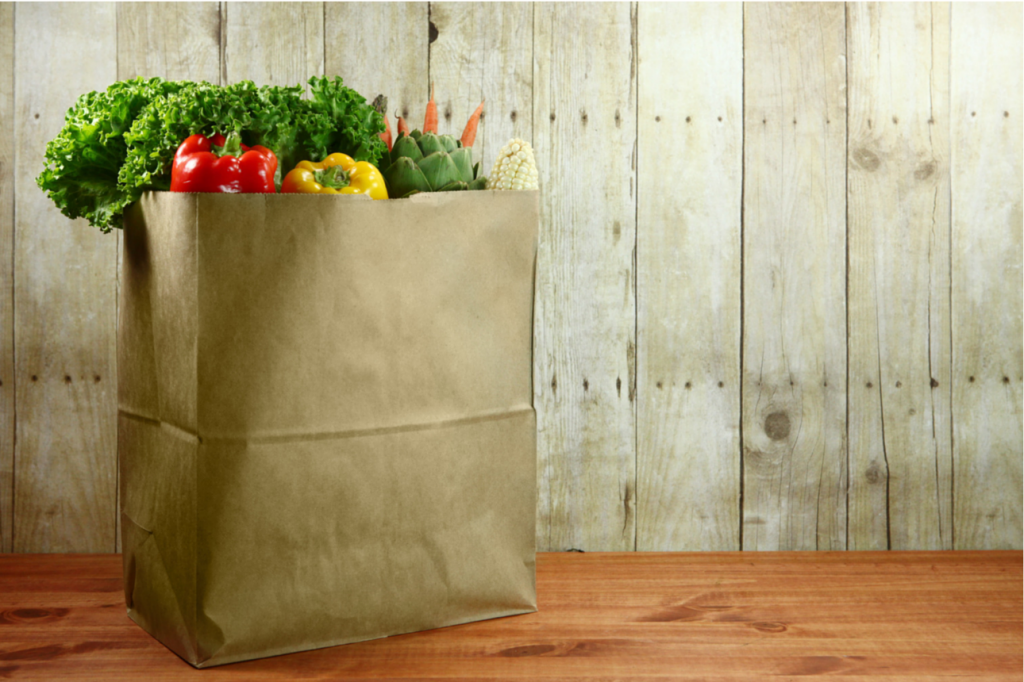 The surge in popularity of online grocery shopping in the U.K. has largely been a result of the affordable, fixed delivery charges involved. Grocery retailers add the same delivery charges to orders almost everywhere in the U.K. The exception are the incredibly difficult to reach areas, like the Scottish highlands, who usually pay a premium.

Delivery is the same for everyone, regardless of your city, or where you are in relation to a distribution centre—this means that areas with higher delivery charges are effectively subsidised by the low cost delivery areas. Because of this, retailers can keep the delivery pricing structures flat.

In the U.K. this works: because the country is relatively small, there aren’t any serious delivery cost discrepancies, and so very few online shoppers object.

In general, pricing is a sensitive issue for online shoppers, and customers tend to respond well to fixed price delivery: they know what they are paying upfront, and so there are no shocks in store during the check-out process. As a result, U.K. consumers are far more willing to try out an eCommerce grocery service.

Now, in a country the scale of the U.S., a fixed delivery approach is a much bigger challenge. With potentially huge distances involved, the differences between delivery costs are far greater. This essentially gives retailers three solutions:

Whichever approach is taken, there are obvious drawbacks, likely to disappoint someone in the form of higher-than-necessary costs.

It’s also worth asking just how small the pricing differentials in the U.K. really are. Delivery costs are typically absorbed across U.K.-wide operations, but when the Scottish referendum for independence took place recently, this topic received extra media attention.

If Scotland had voted to leave the U.K. (the Scottish people voted not to), it would no longer have make sense for the higher costs of doing business in Scotland (largely due to the distances involved) to continue to be absorbed by the rest of the U.K. This led to many major high street retailers, including the chairman of department store John Lewis, to announce that delivery costs for Scottish residents would inevitably rise if they voted for independence.

If delivery costs can vary so significantly in a country as small as the U.K., just how big are they in a country the size of the U.S.? That’s one more challenge for logistics gurus to solve.

Without doubt, the structure of the U.K. market has also played a significant role in the leap forward in the U.K.’s eCommerce grocery offerings.

Compare the market shares of the U.K.’s grocery sector, compared with the U.S. market (charts courtesy of The Conversation).

The U.S. market is largely dominated by two retailers, making up 42% of the market, while the U.K.’s four largest retailers dominate 71% of the market.

Outside these large retailers, the U.S. market is far more fragmented, made up of smaller, localised retailers. Most of these smaller retailers simply don’t have the resources or the audience to seriously consider competing with the major players in the eCommerce grocery market. With less competition, the status quo of the duopoly is maintained, with less incentive for them to innovate—in many ways it’s telling that the serious investment has come from Amazon and Google rather than Walmart.

In the U.K., the market outside the major retailers is still fiercely competitive, and fought out on a national scale. With retailers fighting for every scrap of market share available, innovation is inevitable.

Most reasonably sized supermarkets in the U.K. have their own delivery service, and, because of the competition in this field, there have been significant strides forward across the board. Today even mid-sized retailers have a reliable, flexible, and cost-effective delivery solution available—U.K. consumers can specify time and date of delivery, which is available for under $5, and often much cheaper.

This has resulted in online grocery shopping becoming a normal, mainstream part of life in the U.K.

With the geographical and cultural differences between the U.S. and the U.K., it isn’t just a case of copying what has worked for the U.K. and applying it in the States. However, by looking in detail at U.K. services, we get an idea of the challenges faced by the likes of AmazonFresh, Instacart and Google Shopping Express to create a cheap, reliable delivery service capable of supplying households with groceries.

With the bigger players still unable to crack U.S. grocery logistics, it is very unlikely a smaller business will be able to with far fewer resources. However, this doesn’t mean that you can’t thrive by selling food products online, as companies like healthy snack seller Graze would testify.

What it does mean, is that you should be going in a different direction to companies like AmazonFresh. While they are trying to crack the everyday grocery market—where consumers expect one-day delivery—you should be looking to specialize. By selling niche foodstuffs, or positioning yourself as a premium alternative, you have a far better chance of succeeding as your customer’s delivery demands won’t be as high.

However, all this could change in the future: Amazon offers fulfillment centres for other products; when AmazonFresh crack grocery logistics, it is not beyond the realm of possibility to imagine food product fulfillment services, too.

Over the next few years, this marketplace is likely to change significantly—it will be fascinating to see what innovations these services can deliver, how they solve the many logistical problems, and, ultimately, which service comes out on top.