The Batman of WooCommerce: Interview with Ben Jenkins

Ben Jenkins is a busy man.

By day he works as a designer at Infusionsoft. By night, he delves deeper and deeper into the world of WooCommerce, through his eCommerce education and hosting service Wodobo, as well as client work, and a digital & print magazine he part owns.

I joke around sometimes that I’m kind of like Batman—during the day I work as a designer at Infusionsoft—and then at night I do all my training and prep work for the Saturday classes.

Ben’s energy for meeting these many demands stems from a lifelong passion for entrepreneurship.

I have always been entrepreneurial at heart, like in highschool I used to wake up in the morning and make about 15-20 sandwiches from orders I’d gotten the day before with some homemade bread, and I’d sell them.

Even younger than that, I used to sell paper boats to people for like a quarter.

It was during a time when Ben was running one of his grown-up businesses—a t-shirt business—that he realised that web-based commerce was the answer. So after selling that business, Ben started on a path that combined design, teaching, and WooCommerce.

And while he’s come a long way, my sense is that this is only the beginning for Ben and Wodobo. 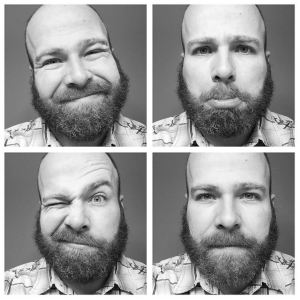 Ben got started with WooCommerce by accident.

A predecessor at the Dental Technicians Guild had set up the magazine’s site using WooCommerce Subscriptions, which was totally new to Ben.

A string of update bad luck had given Ben a fear of updates, which (not surprisingly) got him into a spot of bother with the DTG database. Ben’s refreshingly candid about his mistakes:

I did it the wrong way and I broke everything. And I lost about 160 subscribers and I kind of freaked out and I contacted the WooCommerce support.

Ben was amazed at the level of support he received for WooCommerce. He explains:

And it was really great, because not only did I get great support from them, but I also got phenomenal support from the author of the plugin, who was willing to go in and take care of the database.

It’s one thing when you have a cool product. But when that product is backed up by real support, it makes you realise that it’s something you can put your work behind.

Since then, Ben has become an increasingly passionate advocate for WooCommerce and Subscriptions. (We met at WooConf where he immediately offered to do this interview).

Aside from the excellent level of support he’s received, Ben also loves the way that every time he thinks of something he needs, it turns out that somebody else has already thought of it—and has built it or is working on it.

At first I kinda thought it was a joke, because Woo just sounded funny and I saw a picture of a ninja, and I felt like I couldn’t take it seriously, you know?

But it took only a day or two for me to realise how powerful it was. And I started experimenting with it. And every time I needed to do something, there was some integration or some application that allowed it to work the way I needed it to.

Wodobo is a teaching platform through which Ben teaches small businesses how to set up their own eCommerce websites. He says:

I teach small businesses how to set up their own eCommerce websites. Between four to six classes per year, I’ll get a group of 10 businesses, and we do a three or four class course.

And they just come in and it talks about the domain, the hosting, WordPress and then I go through WooCommerce and help set that up, and then specifically teaching them the different options.

As part of his Wodobo offering, Ben also offers his students web hosting, which he sells using our subscriptions extension.

Ben initially found customers for Wodobo through word-of-mouth and personal networks. He also used the one of the Infusionsoft products—GroSocial—to run Facebook ads.

But Ben is at an exciting junction right now, because he’s planning on scaling and expanding his online operation. He explains that it was Chris Lema’s presentation at WooConf that gave him the “aha!” moment:

I didn’t have this “aha!” moment until I heard Chris Lema speak at the WooConference, where he talked about not building a website, but building a platform.

That’s been kinda my mantra in my classes since then. I quote him and I talk about the importance of building a platform. And not thinking of this as a single solution to a single problem.

Ben plans to expand Wodobo’s online offering, including by using WooCommerce Sensei and Subscriptions and whatever other extensions end up fitting into the business.

Little by little I’ve been gaining traction and I’m actually getting ready to integrate Sensei, to help supplement the classes. And starting January, I’m starting a Subscription service where I’m going to be providing monthly information about the plugins and the themes, in the classes. So that people don’t have to worry about researching that every time there’s an update. And beyond that, just adding subscriptions for online classes and things like that.

I’m really excited. I feel like I’m not really limited by the tools anymore. I’m just limited by my time and my energy.

As Ben takes his business beyond his home in Utah to the digital world, he plans to scale his business using SEO, lead generation through social media, and delivering life classes in other locations. 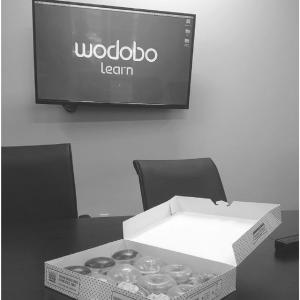 I asked Ben if he had his time again, would he do anything differently? He replied:

Now you’ve got me very introspective…

I think I would have made a bigger jump sooner. I think I was being motivated by fear a lot. Fear of failure and was not totally confident of what I was offering… I’ve learned a lot in the testing process, so it’s hard to say I’d do it differently… But, if I did have that 20/20 hindsight then I would definitely just jump in bigger.

Ben’s advice for people that are new to WooCommerce is not to be afraid of updates, because the support offered by WooThemes means that those kinds of fears are unnecessary.

I think that was my biggest mistake, was not fully embracing the WooCommerce support team.

In terms of advice for other entrepreneurs or designers, Ben suggests you spend the time upfront to find the right tools and themes and then work within them, rather than customising them.

When I’m doing a site, there’s always temptations from clients to over-customise their websites. And then when it comes time for updates or anything like that, it just makes the time and cost just really prohibitive.

So what I’ve started telling the students in my class is just find a platform, and find a theme that you can get behind, and that has the ability to grow and do the functions you need. And use that as your tool.

The short version of that is to use the tools you have and work with it.

From Utah to the World

We wish Ben all the best as he takes the plunge and builds out the online and offline Wodobo WooCommerce learning platform.