Can you take the familiarity, friendliness and authenticity of your local bricks-and-mortar comic store and turn that into an online business?

That’s what Lucas Sorbo and Dan Behrens of Comic Cartel are doing.

Comic Cartel isn’t trying to knock out traditional comic stores, of which they are huge supporters. Instead, they are trying to serve customers who don’t have a local comic store. They might be people living in small and remote communities, or students who’ve moved away from their favorite comic store in their hometown.

Last week, I had the opportunity to talk to Dan and Lucas about their experience using WooCommerce and Subscriptions to build Comic Cartel.

They were really fun to talk to, and are clearly enjoying the process of building Comic Cartel into a thriving online comic business. 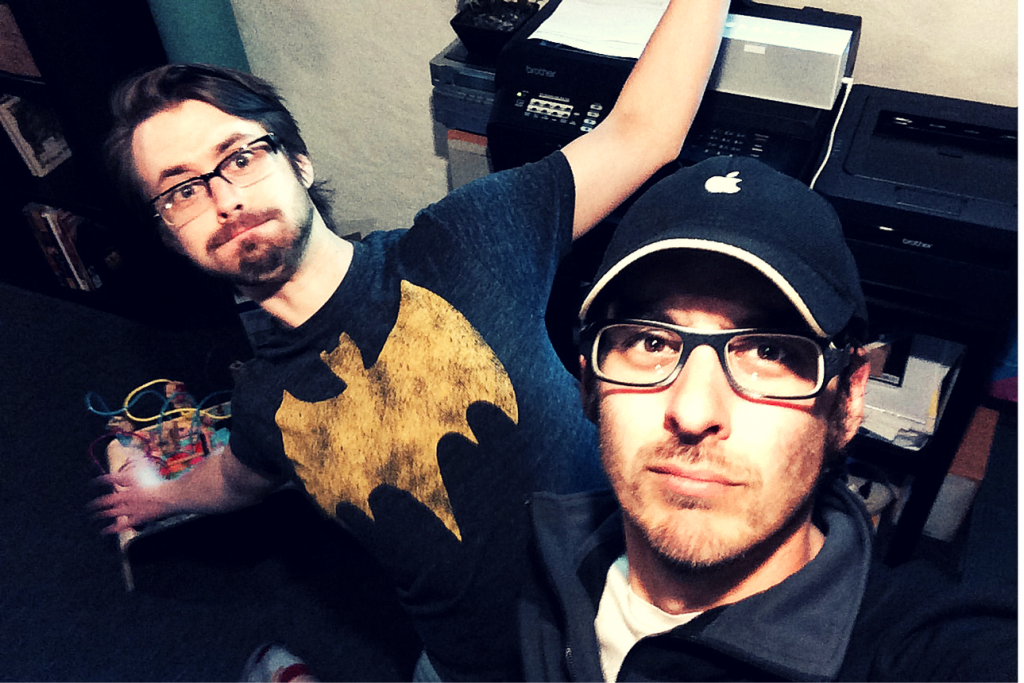 Dan and Lucas have been friends for 15 or 16 years and say they often have the same taste. They coincidentally started to get back into drawing comics around the same time. This led them to realise that there was a gap in the market for online comic stores.

They wanted to create a modern, great-looking site and offer comic buyers subscription options that were different to what was available online at the time.

We wanted to do a different form of subscription. Normally, you buy the whole year in one bulk, you know. But what if the 12th issue comes out and they just start sucking? We wanted to be able to give you the option of being like “well no, I don’t want that anymore.”

So that’s how Comic Cartel was born. Dan and Lucas also realised that comic fans would appreciate receiving their comics in a nice-looking storage box.

And that was kind of the “ah ha” moment. It was like, well, let’s just be able to make them manage it and send them in this neat storage box.

We kind of vetted a few people and one person sent us back a very similar box design to ours, saying that they make this every month, and we were like “well, let’s go with you.”

I contacted the owner of the company to make sure she was a real person, did a couple of other vetting things, and it turned out to be a great relationship.

As for the comics themselves, Comic Cartel use Diamond’s Comic Distributors, who are currently the only option for purchasing wholesale comics. 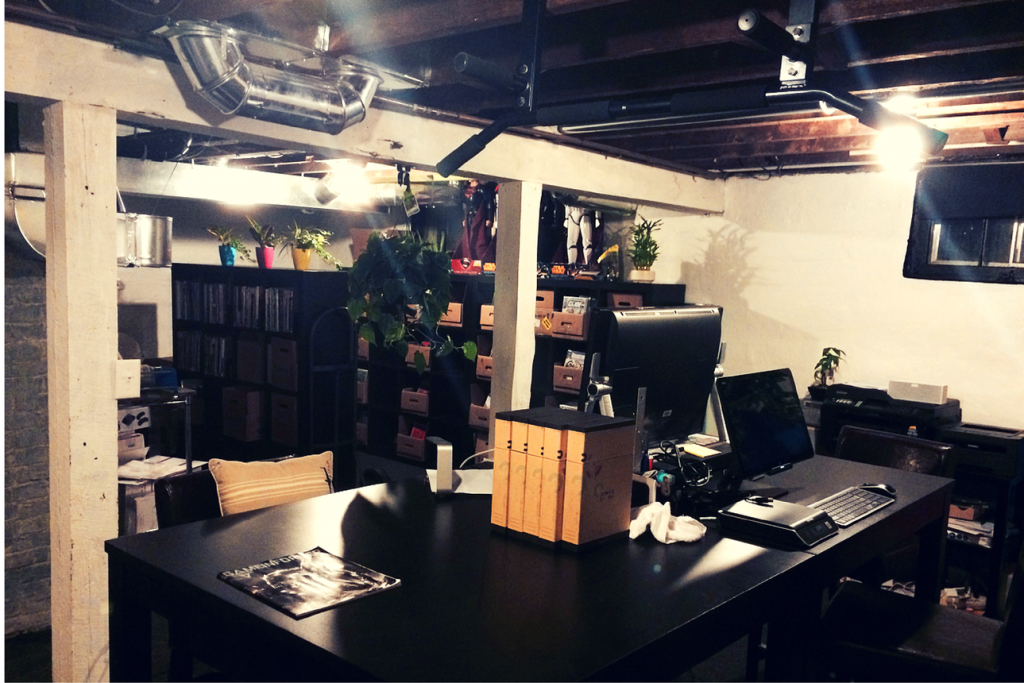 When I asked Comic Cartel about the design process they used for creating the Cartel Boxes, Lucas replied:

Dan’s a wizard with that. He’s the artist behind everything. I’ve given a few pointers here and there, but that was all him. He just came up with the whole entire thing.

Dan credits the design process to his new baby keeping him up all night. He says that after a few late night sessions with Lucas sketching and trying different things, they had about 30 half-done designs. But one night his baby started crying:

I sat up and said “I’m just going to get this done.” So I sat in my bed, with the baby crying in the next room, until five in the morning. Putting the actual prototype of the first one together. And that was it. Done deal.

Comic Cartel is a team of three right now, but they are looking to grow.

They recently added their friend Joshua to the team as an intern. Dan and Lucas are trying to bring Joshua up to speed on all of the ins and outs of Comic Cartel so that he can help them deliver the personalised and authentic service they are aiming for. They want to keep this non-hierarchical, all hands on deck, approach going forward.

In the near future, they are hoping to add a Product Manager and a Producer to the team.

So far, Comic Cartel has mostly relied on word of mouth for marketing. One avenue that has been good for marketing has been the Comicbooks Subreddit.

A lot of people are very interested in it. We kind of like generated a little community in there, and it’s been really neat.

I asked Dan and Lucas if they had any advice for other eCommerce sellers about using Reddit. They said the number one thing is to be genuine.

A big part is actually contributing value to the community there before you start asking to ship things out.

They also said the most important thing is to provide value to the online community you are participating in.

Be honest and provide good value is basically what it boils down to.

Shipping has been the biggest challenge so far for Comic Cartel. They say it’s difficult to provide value for people without eating some of the shipping costs themselves. As Comic Cartel scales to a larger volume of orders, they’ll have more ability to negotiate with shipping providers.

Eventually we want to get to the point where there is free shipping across the board, but that’s going to be a while.

Dan and Lucas chose WooCommerce because they found it to be:

They said they were amazed that they could do what they wanted to do with Comic Cartel using WooCommerce.

It was like “holy crap” that we can actually do this with WooCommerce, whoa. Because previously we were going to build our own little thing.

In addition to the customization, they also credit the large number of extensions and plugins available for as being behind their decision to choose WooCommerce.

Dan and Lucas also say the Subscriptions Roadmap  helped them make their decision. While some of the features they needed or wanted weren’t yet available, knowing that they were coming in three to six months helped them adjust their release schedule:

We had to move things around a bit, and change a few ideas of how we wanted to do some stuff. Which is fine, iterating is cool and shit. So yeah, we’ve moulded a little bit to fit into the WooCommerce world, but it works awesome.

I asked Dan and Lucas if they had any advice for other entrepreneurs. They responded:

They also said they try to focus on providing value to their customers, rather than chasing dollars. They surprised me by quoting Albert Einstein:

What Can We Look Forward to From Comic Cartel

As Comic Cartel gets bigger, comic fans can look forward to more cover variants. Dan and Lucas are really excited by cover variants, but say they can be tricky (and expensive)— because of the minimum volumes required to access them from the distributor. They hope that eventually they can give variants away to their customers, rather than selling them.

Comic Cartel are also looking into putting together starter comic packages that go with the releases of big movies. For example, they are currently offering a Guardians of the Galaxy Preparedness Box Set that comic novices who enjoy the movie can use as a stepping stone into the world of comics:

It’s an easy answer for people who maybe want to go to a movie, and want to get into comics, and haven’t read Guardians of the Galaxy at all. It’s a good switch-jump into it.

Comic Cartel is also generating an impressive collection of back stock. So if you missed a particular issue, it might be worth checking them out.

A Window into the World of Comics

I really enjoyed chatting to Dan and Lucas from Comic Cartel, and look forward to seeing where they take their online comic store in the future.

I admit, it was eye opening interview. I didn’t realise there was such a tight-knit community around comics, or that people felt such deep connections to their local comic stores. It’s great that Dan and Lucas are bringing that experience to people who don’t have access to a bricks-and-mortar store.

So now, please excuse me, I’m off to check out those Guardians of the Galaxy starter kits…