Lauren is a resident debug daemon. After a first undergrad in Anthropology, she took up Computer Science and jumped into coding. When not learning about the wondrous world of WooCommerce and Subscriptions, she might be reading or powerlifting.

A View From the Start: Lauren’s First WordCamp and First Prospress Meetup

A few months ago, I recapped my experience and lessons from the Prospress 2016 summer internship. In that post, I listed my biggest takeaway as learning what I didn’t know. For the most part, I was referring to either technical skills or a broader trajectory toward gaining those skills.

But I could have also been referring to the community I had just joined. WordPress, WooCommerce, and Prospress foster amazing global, remote communities. As with any newcomer, part of joining a community involves learning about it – the values, the people, the history. And while I was becoming more aware of my new communities, I got a true introduction to them during my first meetups.

A Month of Meetups

Heading into December, I was getting ready for my first foray into the WordPress community. Later in the month, I would also meet the rest of our team in person for the first time.

For WordCamp US and Post Status Publish, I had very few expectations. Other than seeing the topics for the talks, I didn’t really know what the content would be like. Would they be developer-focused or blogger-focused or oriented some other way? There were also a few mysteries, such as what was the “hallway track” and how could I best gain an understanding of the community? 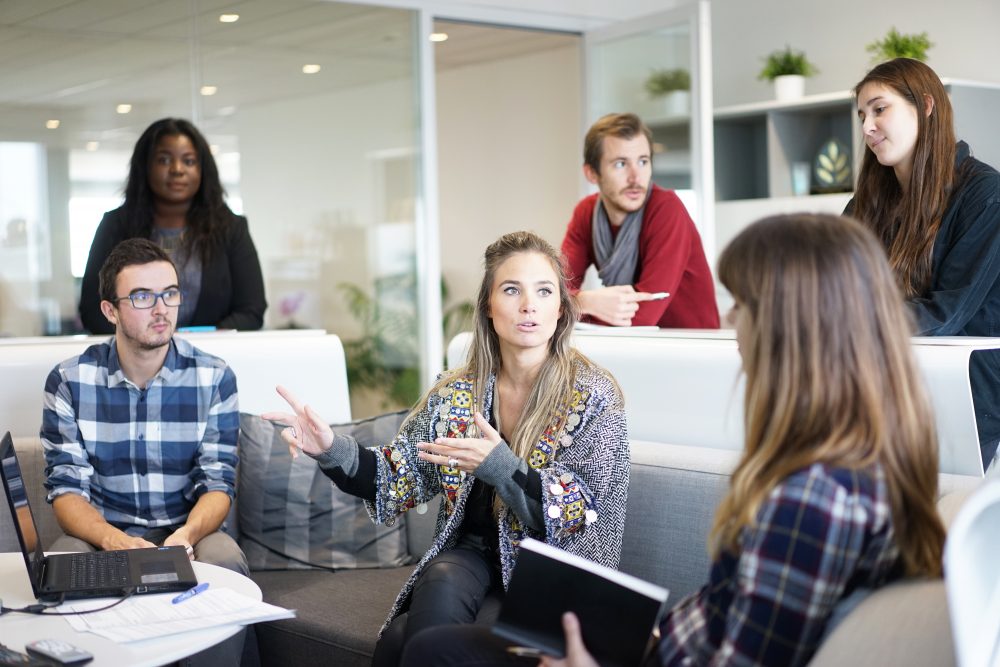 For Meetabout, I was definitely excited about the travel and meeting everyone. It was also my first time traveling to Australia (and the southern hemisphere). I wasn’t too worried about that, considering the similarities in language and culture, but it was still an intriguing prospect.

The main thing I wondered about was whether I would jive with everyone as well as we did online. I also hoped to learn more about our team. All in all, I didn’t have a whole lot of specific expectations going into the month, but I was looking forward to a chance to get a better sense of the community and our team.

As Ali recounted, Post Status Publish was a great one-day conference. It was geared toward WordPress professionals and had in-depth and varied discussions. Having never before been to a tech conference, I had basically no expectations for what it would be like. And even though I have yet to go to more conferences, besides WCUS, I already feel spoiled with the level of what was presented at Publish. 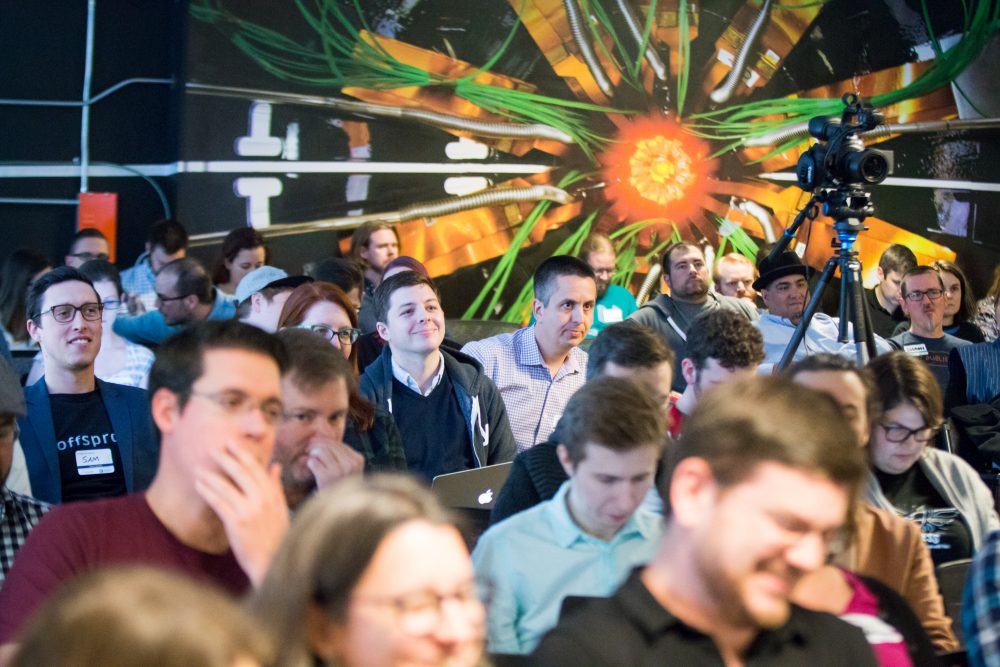 Each of the sessions was quite varied from one another. They ranged from discussions on mergers and acquisitions to WordPress core to market fit to the law. For some of the topics I had no background or even immediate application, but every talk made me feel more informed about the WordPress space and beyond.

Many speakers took the time to communicate the basics in a way that was understandable to those outside their field. Yet, they also trusted the audience to be able to keep up as they moved through their presentations or conversations.

By the end of the day, I felt more informed about what has gone on recently in the WordPress space (the rise of SiteGround), what topics are of relevance to WordPress professionals (building and maintaining a business), and who people are (connecting names, faces, and roles). 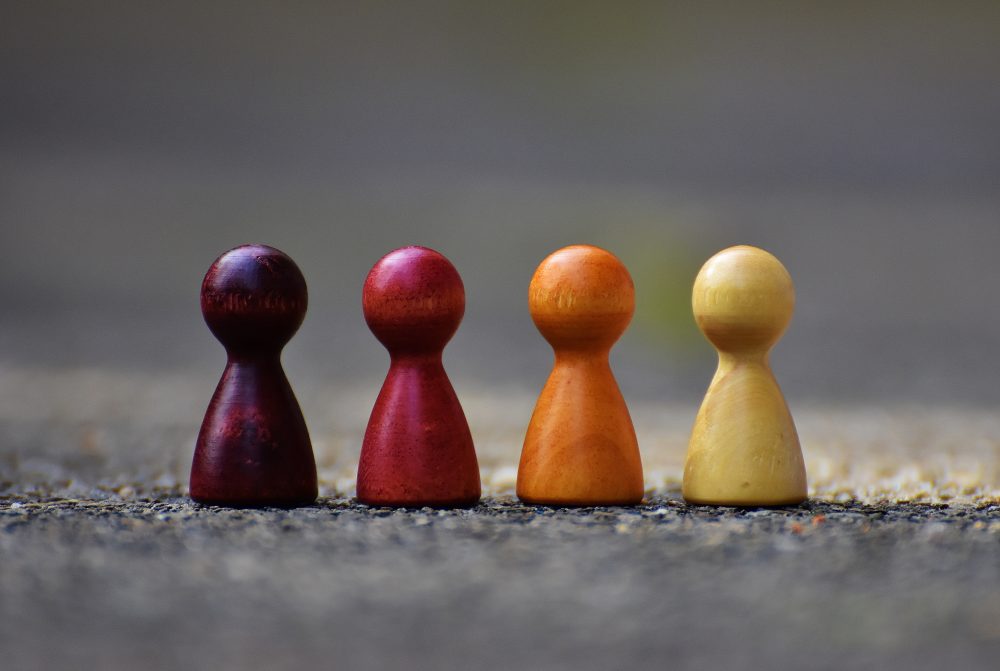 WordCamp US had a lot to offer, especially in terms of talks that could appeal to many. A number of the presentations were applicable not just to developers or just to bloggers or just to entrepreneurs or just to designers. They were accessible to all at the same time, even to those who are only incidentally involved in the WordPress space.

During lunch on the first day, I was able to talk to a couple of attendees that used WordPress as only one aspect of their jobs. They explained that they got a lot out of the talks and could apply the lessons to a broader context than just WordPress use. Being that this was a national WordCamp, it makes sense that it appealed to a large audience. It will be interesting to contrast this with local WordCamps that may have more specific tracks.

Overall, WCUS created a great opportunity. The combination of seeing sponsors, hearing presentations, and talking to people about their use of WordPress provided the chance for me to observe and learn. And to participate.

While I didn’t give a talk or work in a booth, the act of attending WordCamp made me feel like I was taking part in the community in a different way than I do when at work. Through work I am a user of WordPress and potentially a promoter of it. As an attendee it was as if I could say, yes, this conference is about WordPress but I am here to be a part of the WordPress community. 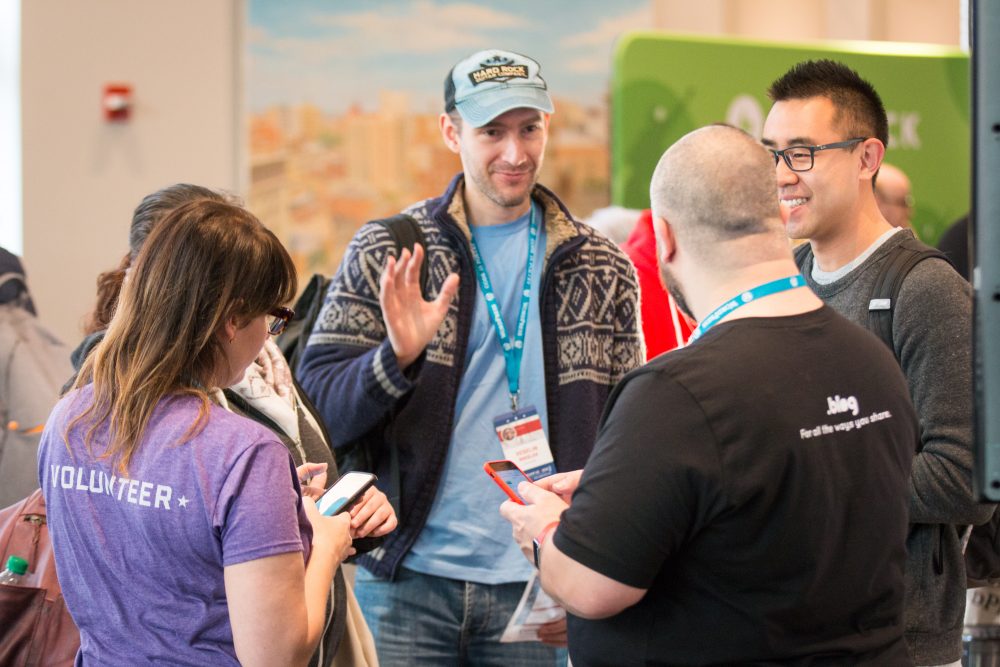 As a newbie to the WordPress community, it has been difficult to really get a sense of it. It is one thing to search for information about WordPress and WooCommerce, to check out the blogs of people who are affiliated and have high search ratings, and to try to observe the happenings online.

For a more experienced professional already with some knowledge of the community, it may be easier to keep up with the goings on and people online. They know where to look and have a basis to have discussions about the happenings.

For a beginner, it is a whole new world.

In school, for example, when doing research, an important part is to verify the the legitimacy of your resources. A reputable newspaper is something that you can trust to give you good information. A publicly edited information site might be a good place to start but can’t be used for verification of accuracy and fairness.

A researcher generally gains methods and intuition about how to gauge the legitimacy of their sources. They know their ecosystem and have the skills to make formulations about changes within it. When in the professional world, this same process takes place. But, the hallmarks to learning the ecosystem are different and it takes time to learn them again. 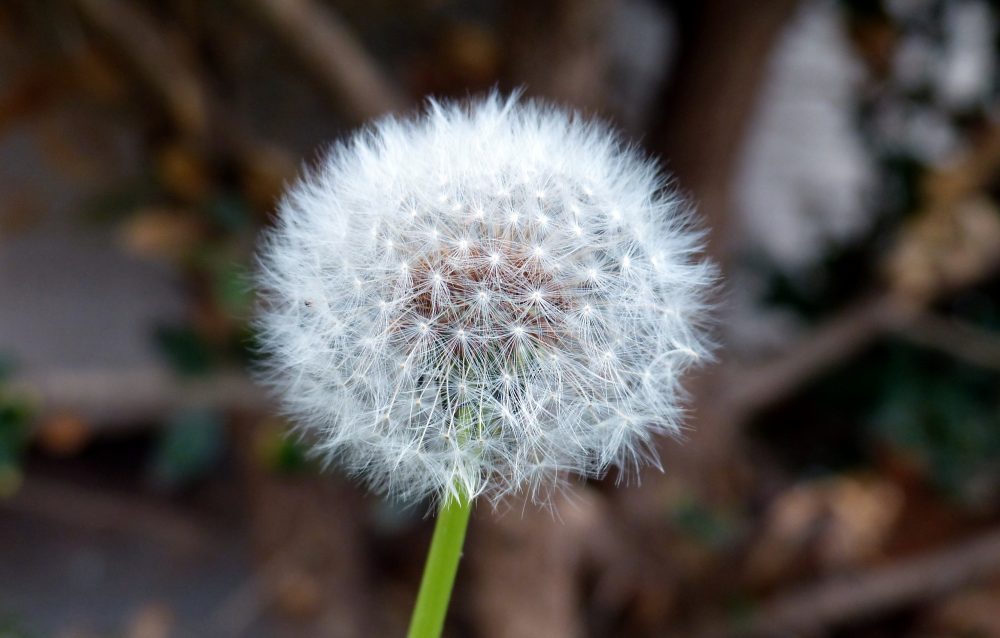 In a similar way, a person established within a community, such as the WordPress and WooCommerce communities, has knowledge about what’s going on, who the key players are, what the reputations are, where to look for answers, and other areas of those spaces. For example, they would have insight into the recent history of Automattic and WooCommerce, what that means for the community, who has been affected by that, and more.

A newcomer to the community may have very little idea about the implications of events and few tools to discern them. It can seem a very daunting task to try to comprehend the scope of the community. 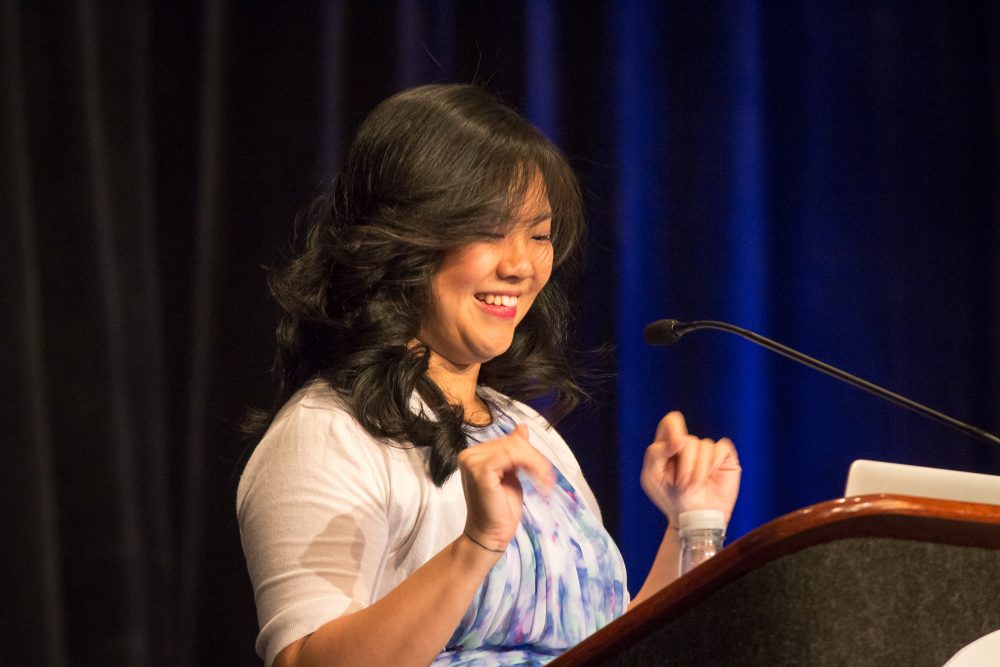 For me, it has become another part of the trajectories to learn and develop as a programmer and now as a community member.

Starting the journey from being a newbie to becoming an informed community member was the biggest impact that attending Post Status Publish and WordCamp US had for me.

By no means am I a person in the know now after attending the conferences, but I have taken the first few steps down that path. I have learned at least a bit about who’s a part of the community, what they are doing, and how they relate to each other. And I got to talk to people and listen to them talk about the interesting things they are doing. All of which led me to have just that much more of an understanding of the community.

Going into Meetabout, my main concern was how the dynamics would be meeting everyone on the team in person. Would there be an awkward start before everything evened out? Would things be stilted in some ways? I needn’t have been worried. It was great getting to meet everyone in real life and it was an awesome opportunity to learn more about them. 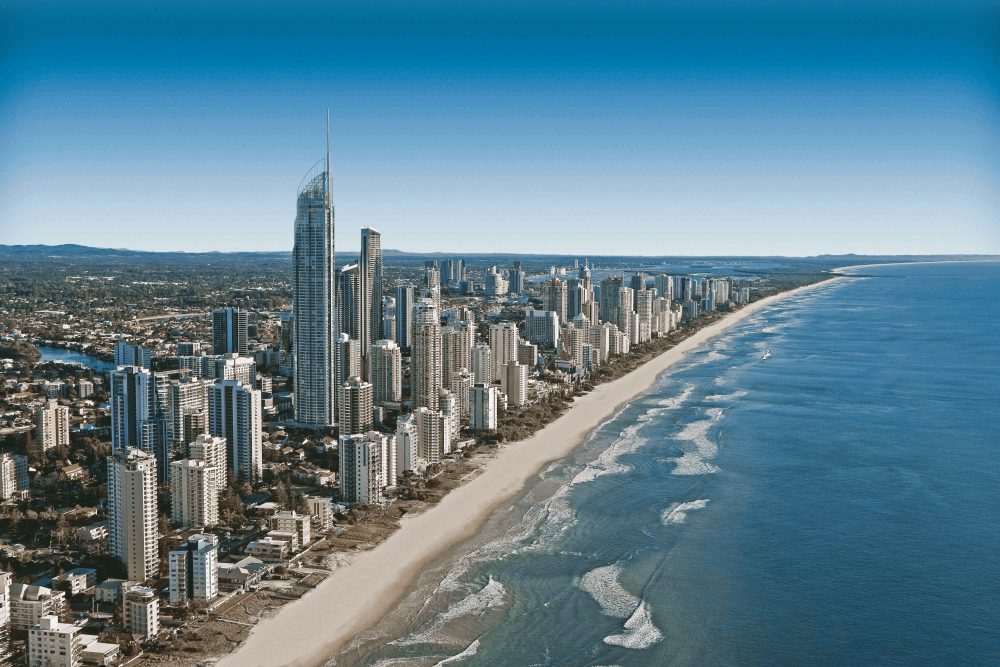 Like with the WordPress community, I wanted to know more about my team members’ journeys to and with Prospress. I was luckily able to learn more about them and generally get to know them better and build some team memories. And I didn’t find it awkward.

I was surprised actually by how comfortable everything seemed. Ali and I later had a discussion about this and she mentioned that some of that is due to the fact that even in online communication, everyone is authentic. Nobody was really a stranger to me, we’d been working together for months by that point.

With everyone being themselves in remote communications, having everyone together for in-person communication only proved to be a new aspect rather than a completely different experience.

And it was fun! I got to participate in many activities and see some amazing sights. Overall, it was a great induction into the team and introduction to Australia. 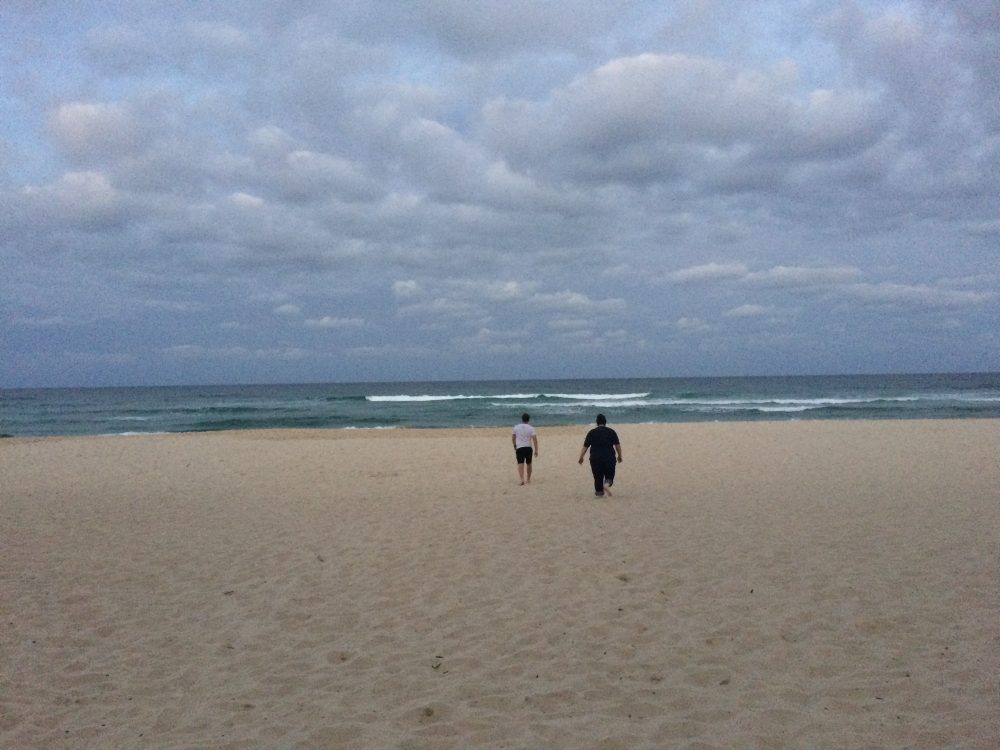 Heading into January, I was just finishing up a full month of meetups. After Post Status Publish, WordCamp US, and Meetabout, I was able to begin getting a grasp on something that had been eluding me before – a sense of the community.

For the WordPress and WooCommerce communities, I learned more about what was going on and who was a part of them.

For Prospress, I learned more about our team. Before the meetups, I didn’t have a lot of expectations. Moving forward I now have more of a metric on which to build even more of a sense of the community and in turn become a more fully engaged member.

I’m only at the beginning of the journey, but it’s been a great way to start.