Flex Foods prepares restaurant-quality, healthy meals to be delivered to their customers’ homes in Tallahassee and Jacksonville on a daily basis.

Last week I had an interesting conversation with Stacey Reinstein, one of the co-owners of Flex Foods.

I learned all about what it’s like to run a local food delivery business using a subscriptions-based online store. 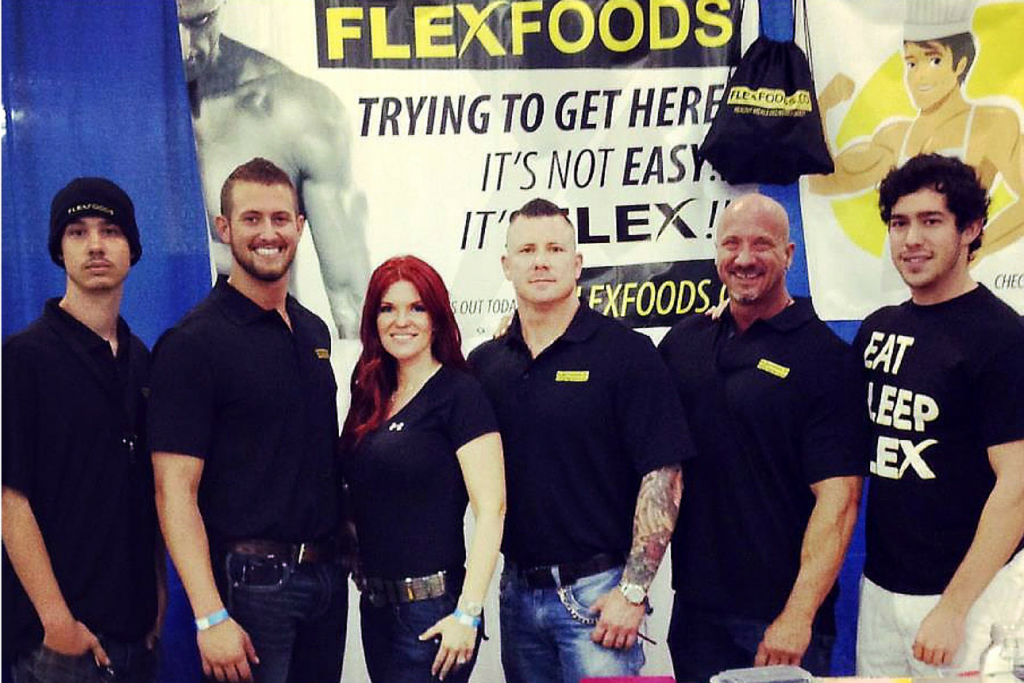 The idea for Flex Foods came to Stacey’s business partner Tim Durning while he was training for bodybuilding competitions.

My partner  is a nationally competitive bodybuilder and he is also a chef. They [bodybuilders] have a very strict menu of things that they can eat when they’re getting ready for a show. That food can get boring quite quickly.

So what he would do is go into the kitchen and prepare all of his meals for the week. He would put them in little containers and make them taste as good as he possibly could. Then he would take them wherever he went, whether it was to the gym or to work.

Other people, like the other bodybuilders and people that were interested in bodybuilding, were like: “Man, where’d you get your meals from? Who does your meals for you?” And he’d be like: “Oh I do them, I’m a chef.”

Tim’s friends started asking him if they could pay him to make similar meals for them. He agreed and the next thing he knew, Tim was making food for 50-70 clients.

That’s when Tim and Stacey decided to make Flex Foods a business.

Flex Foods caters to bodybuilders trying to build bulk, college kids who are trying to trim down for Spring Break, and busy people who need to lose or maintain weight.

They also cater for Paleo diets, gluten-free diets, and personal preferences. Add two locations to the mix—one in Tallahassee and one in Jacksonville—and you have a pretty complex production process.

But thanks to their WooCommerce online store and a customised back-end, much of Flex Food’s production process is now automated.

Customers will go to our website. They’ll pick out how many meals per day that they want…. From there, it gets translated back to the kitchen.

In the morning when we go into the kitchen, we have these huge TV screens up, and it has all the updated information of all the meal plans. 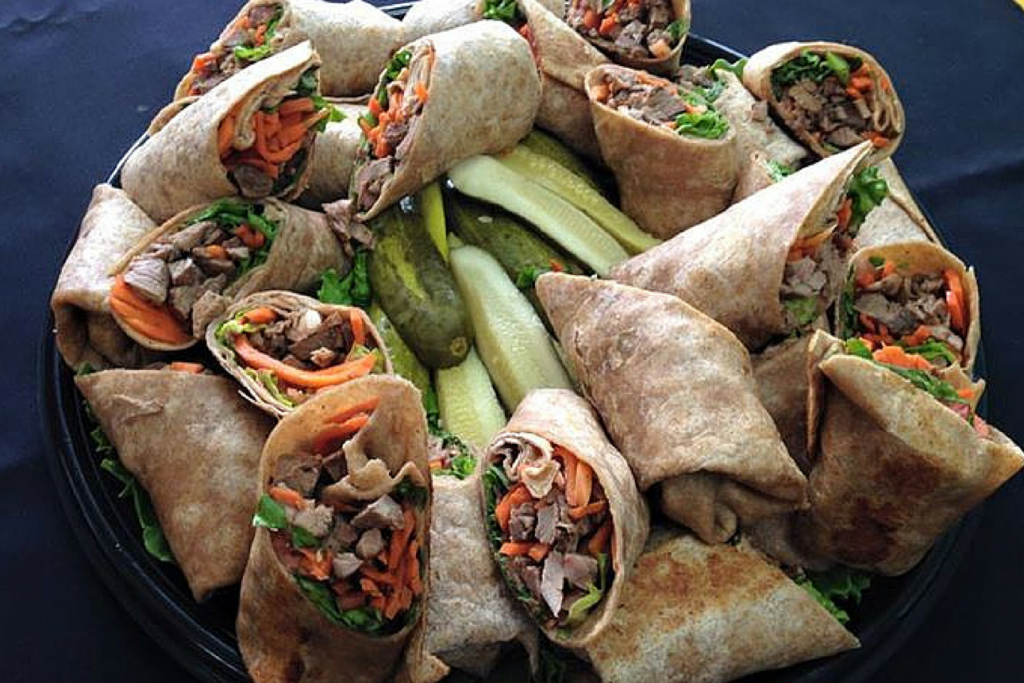 But if you think that sounds complicated, wait until you hear what Flex Foods did before they had their website and back-end set up.

Let me tell you, we’ve come a long way. Originally, people would call and give me their order over the phone.

I would then put it into Quickbooks, print out a sheet with everybody’s names and plans and stuff on it, and I would drive it to the kitchen.

It was crazy… crazy!

Flex Foods chose WooCommerce as their shopping cart software based on the advice of their developer at Capital Data Studio. Stacey explains how CDS framed the issues:

He was like: “Look, if you want me to build something custom, it’s going to cost you a bazillion dollars. But, if you’d like, I can do this and there’s this place called WooCommerce and this is what they do. And I can go in the back end and tweak things to make it work how you need it to work.”

Their website is integral to Flex Foods’ business. But because they serve only fresh foods (they don’t even have any freezer storage, just coolers), it is an inherently local business.

I would absolutely love to ship the food everywhere, because that would open up our line of income. But it doesn’t adhere to our goal and our mission, which is to provide people with fresh food daily.

Tim, my partner, is a huge proponent of that. He does not believe in frozen foods. He thinks that when you start freezing things that you degrade the properties that are in the food. So it’s always been super important for him for it to be fresh every day.

Stacey said the word of mouth factor, which got the Flex Fitness business going in the first place, is still their best source of new customers.

We’re huge in the gyms. Gold’s Gym is one of our biggest allies in Tallahassee. We actually feed the owner of Gold’s Gym, his name is Jim Burtoft, and he allows us to come into his gyms. We set up a table, hand out samples.

I asked Stacey about the biggest challenges they’ve faced running Flex Foods. She nominated keeping costs down (because food costs fluctuate constantly) and finding and managing the right employees.

She also described one of their most challenging days as a business:

Because we’re in the food industry, any little thing that happens can throw us off… We had an issue where somebody ran their car over the curb and hit one of our refrigerator condensers.

When we came in the next day all of our product was ruined. We go in at four o’clock in the morning to get ready to cook for people, and our cooler had been out and the food went bad. Of course we can’t serve that food, so what did we have to do? We had to call all 300 of our clients and say “I’m sorry, but you’re not getting food today.”

Stacey’s key piece of advice for anyone who wants to run a business online is to get a good website and back-end process set up.

Like I said, we went from hand writing on dry erase boards—and it was a nightmare—to everything being automated. And that process is so much simpler. I can’t stress that enough.

You know at any time of the day, we don’t have to answer the phone. People just go to the website and sign up and next thing we know we’ve got a new customer onboard when we wake up in the morning. 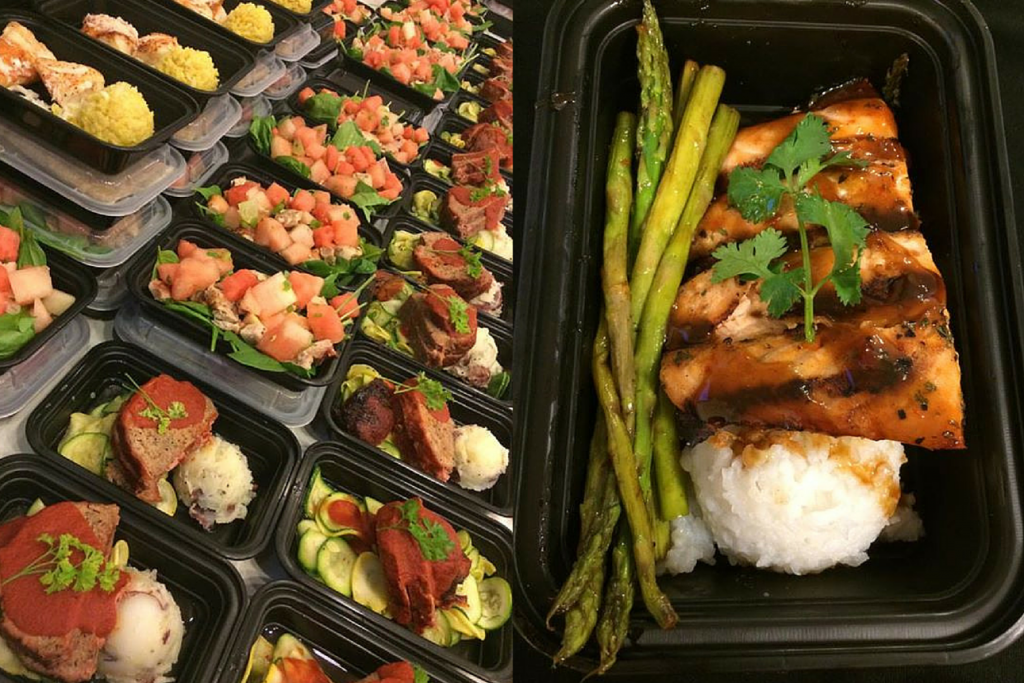 We often talk about how setting up an online store can help you reach a larger—statewide, national or international—audience.

But it’s great to hear the story of a business that’s benefiting from the power of eCommerce to serve tasty, nutritious food to their local area.

After looking at the food photography on their site, I hope it’s not too long before there’s a Flex Foods servicing San Francisco.

One response to Flexing eCommerce Muscles with Flex Foods