The Future of Global Payments and ECommerce

Payments are the lifeblood of eCommerce. It’s no surprise then that there are a hundreds of startups, investors and innovators looking to disrupt payments.

With so many new and existing companies, it can be overwhelming to keep up. That’s why we were excited to find a fantastic slide deck from BI Intelligence on The Future of Payments.

BI Intelligence thinks the most important global payment trends will be:

While the whole presentation is interesting, we’ve combed through the 82 slides to try to draw out the most important implications for eCommerce.

Around one in five (~20%) credit and debit transactions are now happening online and not in stores. Cash use is fading, and cheques are dying. (Before moving from Australia to the US I thought cheques were already pretty much dead; unfortunately, not quite).

According to BI Intelligence, we are now in a mobile and eCommerce boom. The combined value of desktop eCommerce and mobile commerce is forecast to increase to over $550 billion in the US by 2018, with eCommerce growing at a Compound Annual Growth Rate of 16% between 2013 and 2018. 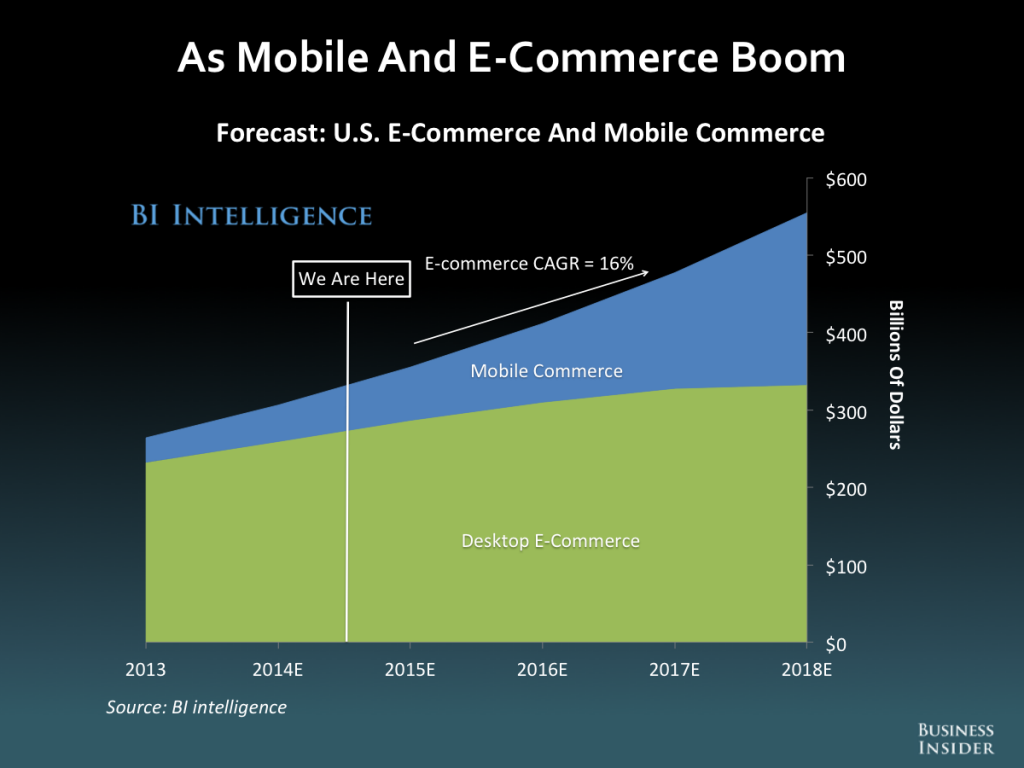 Those forecasts are probably influenced by the fact that people are spending more time on mobile devices, for example:

BI Intelligence reports that US consumers are not racing to adopt mobile payments. In 2011, 19.3% of US consumers said they had used their mobile phone to make a payment. By 2014, that number had increased to 37.2%.

However, the emerging world represents a different picture. Emerging markets will drive nearly half of non-cash payments by 2018. In many emerging markets, especially Africa where microfinancing and mobile money transfer service M-Pesa has achieved great penetration, mobile is replacing cash.

As explained by the Pew Research Center:

Nearly seven-in-ten Kenyans (68%) who own a cell phone say they regularly use their mobile device to make or receive payments. Half in Uganda say this as well.

If you are interested in learning more about mobile payments in Africa, check out this great PBS video report.

BI Intelligence gives the follow reasons for why mobile payments are successful in emerging markets:

Another technological change that is poised to affect developing markets is Bitcoin and/or other virtual currencies.

Something that gets us really excited about Bitcoin is the potential for disruption of global payments and remittances. Stanford Economics Professor Susan Athey explained some of these points in a previous interview with Quartz, which is definitely worth checking out.

BI Intelligence reports that while prices remain volatile, the payment processing costs are “ultra cheap.” And intermediaries are protecting merchants from the volatility, which is why increasing numbers of merchants are accepting Bitcoin. 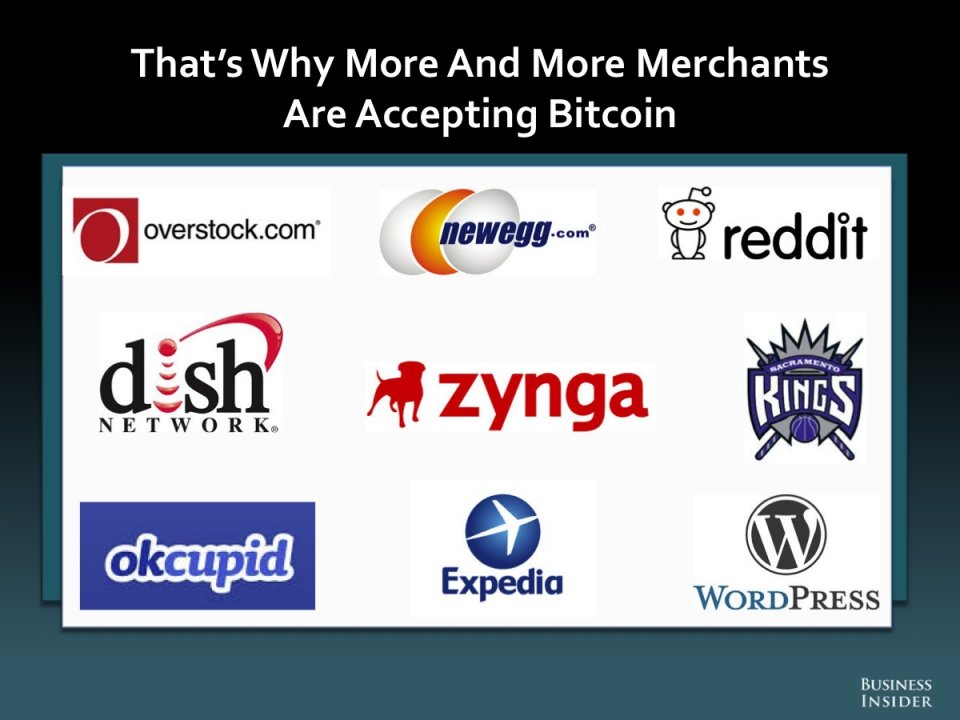 One final startling fact about Bitcoin from the presentation; it alone is poised to draw in more venture capital money than the entire internet in 1995!

Keeping Up with WooCommerce

One big advantage of using WooCommerce over custom built systems—or systems tied to one payment gateway, like a “PayPal Button”—is that you will be able to evolve with the market no matter where it heads.

For example, if Bitcoin or another virtual currency suddenly becomes the global standard for eCommerce, you can plug in a bitcoin payment extensions. There are already dozens available (e.g. see Bitcoin Payments for WooCommerce, Bitcoin for WooCommerce, Coinbase WooCommerce).

Or if you decide to expand aggressively into Kenya, for example, there is already a Jambopay WooCommerce Payments Gateway plugin on WordPress.org that includes M-Pesa.

Of course, there was a lot more information in those 82 slides, so if you are interested in knowing more about in-store mobile payments, peer-to-peer payments, or how innovations like beacon and wearables will affect payments, I recommend you check out the full presentation.

Editor’s Note: The “ECommerce and Mobile Boom” section of this presentation has been updated using a correction from the original slide deck.

3 responses to The Future of Global Payments and ECommerce