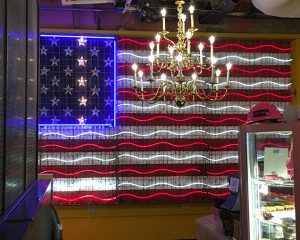 Ahhh Austin. What can we say that hasn’t already been said about Austin? As a city, its reputation certainly preceded it. So, when we decided to hold the Prospress company meetup alongside the “other best ever WooConf”, we were all looking forward to living as large as Texas itself ;).

And in that spirit, we named our meetup “Austintatious”.

Our first meetup was relaxed (Campstravaganza 2014, in San Francisco). The second was intense (Fiesta Espana 2015, in Seville), so this time we tried to be a bit of both.

But first, tacos (and WooConf)!

The first order of business on arriving in Austin was to find coffee and tacos, pronto. We had a carefully curated list of “must-eats” from Austin’s unofficial (but really, someone should formalise that ASAP) ambassador, and all-round amazing WooPeep, Erica.

The second order of business was WooConf (which we covered in our WooConf recap post), and the official launch of our Small Woorld website.

After the workshops on Friday, we met with the very excellent people from SkyVerge for an amazing dinner. We love spending time with these guys and it was a great chance to get our teams together. After dinner, SkyVerge and Prospress were joint hosts to a happy hour for the cool WooConf peeps who were still in Austin. We socialised with SkyVerge, with the WooPeeps who came along, with Codeable, with Saucal, and with our favourite guys from Wodobo. 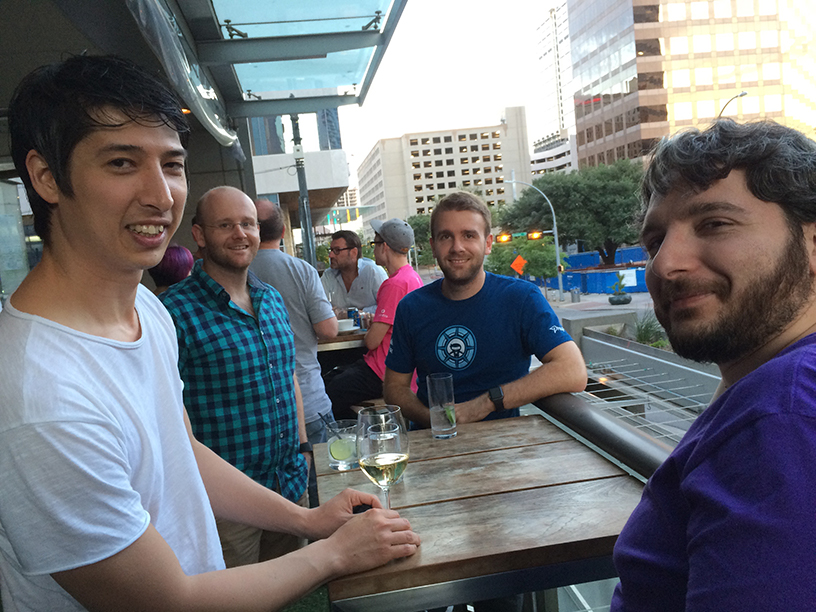 Woo, Prospress, and SkyVerge reppin’ at the Happy Hour

After the happy hour wrapped up, some of us gathered for an afterparty complete with Voodoo doughnuts and “sipping” tequila in SkyVerge’s palatial AirBnB home.

Fortunately, we had a free day scheduled for the day after the dinner and happy hour(s), and most of us took the opportunity to take things super, super easy. Most of us, that is, except Matt. He rose at the crack of dawn and went to an indoor skydiving session, which seemed to deliver a real shot of adrenaline! It kept his jetlag at bay for at least an hour.

Sunday dawned on the start of our official company meetup. We had a total of four days together, separated into four main themes: People, Prospress, Process, and Product (can you tell we love alliteration as well as puns?)

Brent led the opening ceremony, but stopped short of cutting the ribbon that I wanted to install in the doorway to one of the apartments (I know, right? Disappointment).

Our People day started off with a crowd favourite: “round robin one-on-ones”. We took a walking tour around Austin while covering some big questions on life, work, and productivity for 30 minutes at a time. The activity offers a chance for everyone to bring up questions or issues and to quiz Brent or myself about things that matter to them. There were some interesting takeaways from those one-on-ones, with a few clear trends emerging. We were all thinking about tools to help increase productivity, and the traits we want to see from people who join the Prospress team in future. 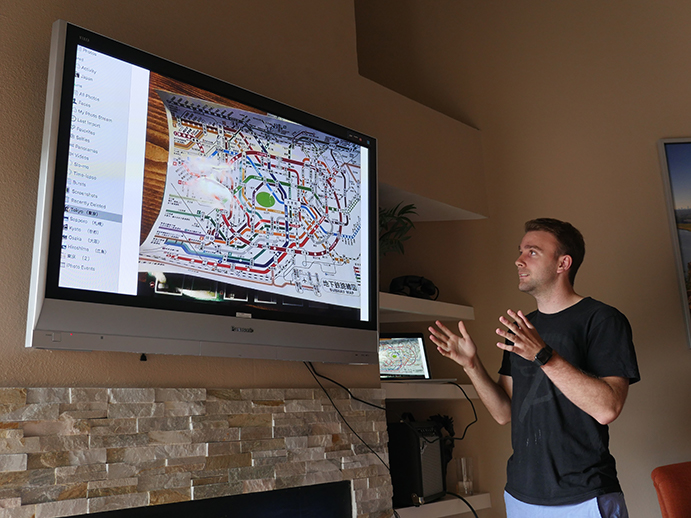 The People day was also a chance for some team member presentations in a no-pressure environment. We were able to practice our public speaking skills while sharing something of interest. Matt gave a talk about his recent 5 week trip to Japan, illustrated with lots of cool pictures. Ali introduced our new HR software, and how it will handle our performance reviews, onboarding, and hiring processes. In the afternoon, Gabor led a discussion on support and customers. The engagement with this session indicated we could dedicate an entire day to this topic at a future meetup.

We rounded off the day by meeting WooMattic peeps for Chicken Shit Bingo, which was not the name of a hip Austin restaurant, as Brent thought. It was, in fact, an important cultural experience. We bought $2 tickets and hoped that a chicken would do its business on a bingo board, winning the lucky guy or gal $144. 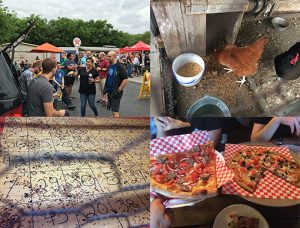 The chickens, the bingo, the peeps, and the pizza: Sunday afternoon perfection

Throw in some tailgating, some honkytonk music, some awesome WooMattic peeps, some Lone Star beers, and some delicious root beer floats, and you had a recipe for a perfect Austin Sunday afternoon. We finished it all off with some enormous New York style pizza slices that had to be seen to be believed. The Texans present assured us they were that big because that’s how they come in New York, but like many things, I think they’ve made them bigger in Texas.

Monday was our Prospress day, which focused on the future of the company and our roles in it. We celebrated what Prospress has achieved so far and discussed what we want to achieve in the future and what kind of strategies we might use to get there. Brent introduced the idea of a Blue Ocean Strategy. It’s a recent concept that has worked for other companies in moving their offerings to a new “value intersection” (hello buzzword!).

We covered what’s in store for the Prospress strategy over the next 12-36 months, asking ourselves 3 questions:

1. where we as an organisation are today

3. how we want to get there

After the broad strategy and vision for Prospress, we drilled down to discover personal values, ideals, ethics with respect to the legacy and vision we are creating with Prospress. 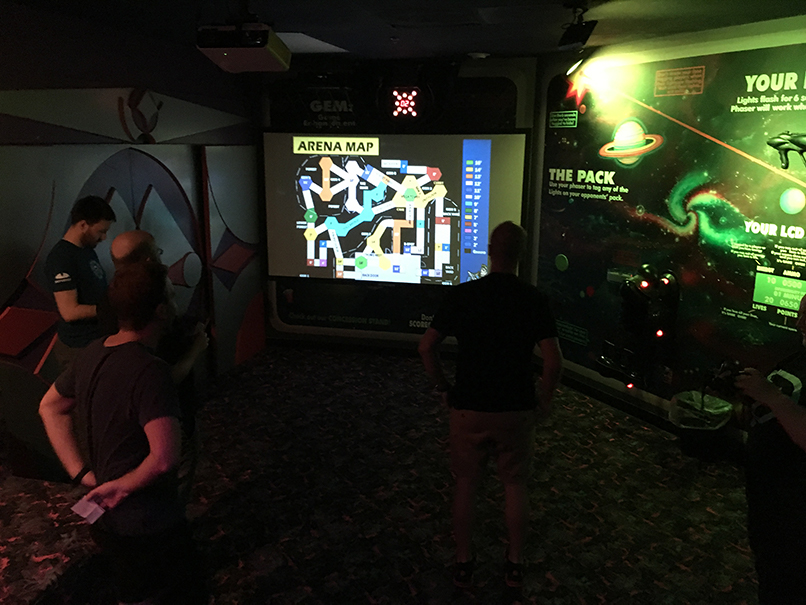 Carefully strategising the best place from which to launch our attacks

In the evening, we blew off the steam from all that intense brain activity with a couple of games of laser tag. This was a battle royale between our adopted laser tag aliases: Justin Bieber, Axl Rose, Marty McFly, Taylor Swift, Adam Sandler, and Blaster Master (try to guess who was who!). “Justin Bieber” kicked our asses in the first game, but was definitely limping a little after all that crouch-running.

Tuesday morning began with a private yoga class at Wanderlust. The flow was just strenuous enough to wake us up and get our blood moving, while also helping us get into the “now” and prepare for our Process day.

Afterwards, we armed ourselves with some amazingly good caffeine from Houndstooth. And then, Jason led us in the activities for our Process day. Our first job was to list all the processes that we find frustrating or that we’d like to change. We wrote them on cards and physically grouped them to get a ‘heat map’ of what needs attention.

We then opened up to free form discussions on possible solutions for those challenges. It turned out, there were some surprises as to what the team wanted to address! For example, project management emerged as a key process for improvement. This is probably because we’ve grown from a company with one main product, to offering a number of smaller projects and non-code related projects. But, we haven’t yet adopted a tool to help manage that transition.

On Tuesday for dinner we had yet more tacos (you can never have too many tacos!). This time, we ordered in Torchy’s Tacos. Our takeaway tacos were delivered by Postmates as an “authentic American” experience of convenience. 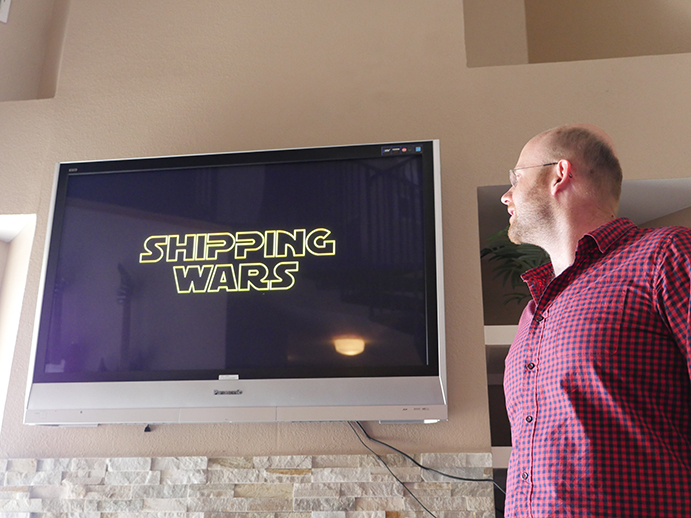 Wednesday was our Product day (definitely one of my favourites!). We talked about our new mini-extensions coming up for release: Subscribe to all the things, Gifting, Subscriptions CSV Importer/Exporter (no link, coming soon!). James gave us a great overview of what’s in store for Gifting. We also started to think about major new projects we could eventually pursue, and discussed what we want to create and why. Our finale dinner at Lambert’s finished off the meetup in style with amazing Texas barbeque.

In the 36 hours following dinner, we dispersed from Austin back to our 3 corners of the world, tired but happy. As a distributed company we treasure these opportunities to get together and talk in person, with free form discussions about the future of the company, personal interaction, and conversational dynamics. It’s even better when we can also manage to fit in some time with other valued members of the Woomunity, like the SkyVerge and Woo team! 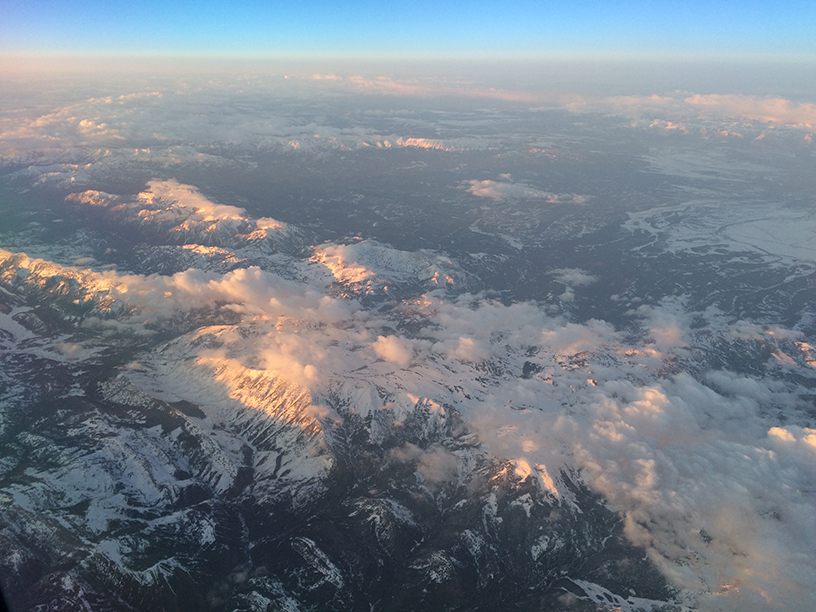 Not bad for a commute home from the company meetup!

We have to give a super special shoutout to Erica, who was our patron saint of all things Austin during our meetup. She kept in constant contact, advising us on where to get all the essentials: coffee, tacos, BBQ, and even a 24 hour pharmacy when required. A great deal of our meetup’s success was due to Erica’s guidance.

It’s now been a few weeks since we said “so long, and thanks for all the tacos”. But, we’re already looking forward to the next time we get together for a Prospress meetup! This is tentatively planned for Australia, later this year or early 2017.

Want to join us at the next meetup? We will be hiring in the coming months! Be sure to check in with our jobs board from time to time, or follow us on Twitter, Facebook, and LinkedIn for updates.